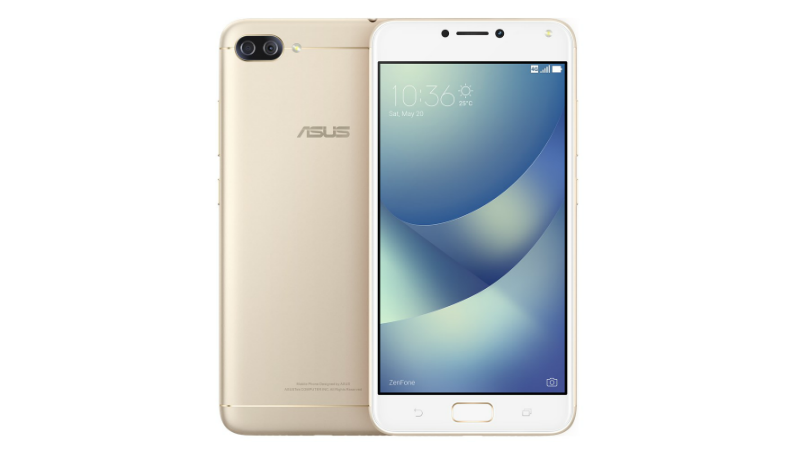 Asus ZenFone 4 Max was launched in May last year with Android 7.0 Nougat

Asus ZenFone 4 Max, the smartphone that was launched last year with Android 7.0 Nougat, has now started receiving the Android 8.1 Oreo update along with ZenUI 5.0. The new update comes days after Asus released Android 8.1 Oreo update for the ZenFone 4 Selfie. Users can get the latest update by availing the over-the-air (OTA) package on their ZenFone 4 Max. The smartphone arrived in Russia back in July last year with a price tag of RUB 13,900 (roughly Rs. 15,600). It came with two different chipset variants -- one with the Snapdragon 425 SoC, while the other one with the Snapdragon 430 SoC.

As announced through the ZenTalk forums, the Android 8.1 Oreo update is rolling out in phases along with software version 15.2016.1809.412 for the ZenFone 4 Max (ZC554KL). The update brings the core Android Oreo features such as Picture-in-Picture (PiP) mode, Smart Text Selection, Notification Dots, and Password Autofill among others. It also includes various ZenUI 5.0 changes. The proprietary skin has features such as Smart Screen On, Suggested Apps, Game Ginnie, and Face Unlock.

It may take some days for the Android 8.1 Oreo update to reach your ZenFone 4 Max. However, you can check its availability by going to Settings > About > System update.

The dual-SIM (Nano) Asus ZenFone 4 Max was launched with Android 7.0 Nougat and featured a 5.5-inch full-HD (1080x1920 pixels) display along with a 2.5D Gorilla Glass protection on top. Under the hood, the smartphone is powered by either a quad-core Qualcomm Snapdragon 425 SoC or the octa-core Qualcomm Snapdragon 430 SoC, coupled with 4GB of RAM and 64GB of onboard storage that is expandable via microSD card (up to 256GB). The smartphone has a dual rear camera setup that includes two 13-megapixel sensors along with an f/2.0 aperture lens on top and accompanied by an LED flash. On the front, there is an 8-megapixel selfie camera along with an f/2.2 aperture.

The ZenFone 4 Max has a massive 5,000mAh battery as the USP that transforms the handset into a power bank and supports fast charging. Besides, the smartphone measures 154x76.9x8.9mm and weighs 181 grams.