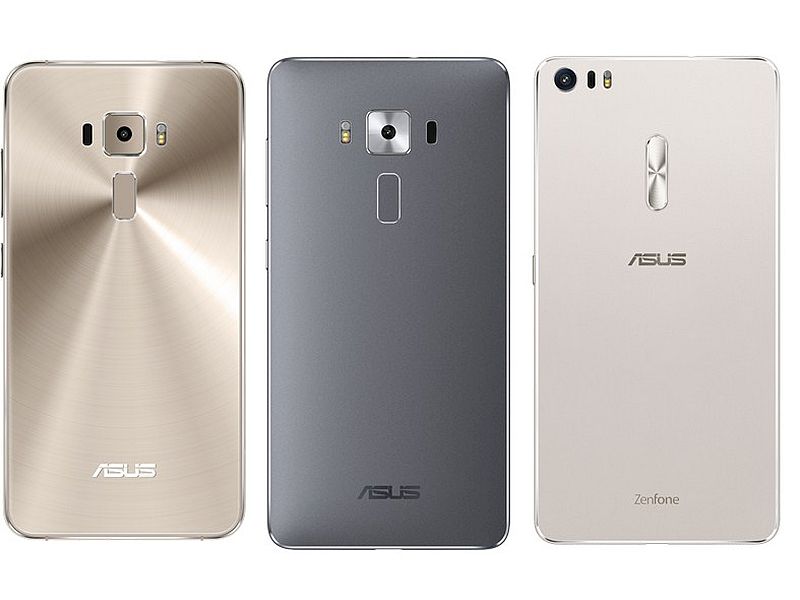 Asus will be making its new ZenFone 3 range of smartphones available in Taiwan from July 12, as per a Taiwanese website. The new Asus ZenFone 3, ZenFone 3 Deluxe, and ZenFone 3 Ultra smartphones were launched at the Computex last month.

For specifications, the Asus ZenFone 3 (ZE552KL) features a 5.5-inch full-HD IPS display and is powered by Qualcomm's Snapdragon 625 SoC. It comes with 3G RAM/ 32GB inbuilt storage variant, and a 4GB RAM, 64GB inbuilt storage variant. Storage can be expanded via microSD card (up to 128GB). Also on board is a 16-megapixel rear camera and a 3000mAh battery.

The Asus ZenFone 3 Deluxe (ZS570KL) claims to have the world's first invisible antenna design. It also has a 5.7-inch full-HD Super Amoled display and is powered by a Qualcomm Snapdragon 820 SoC and a whopping 6GB of RAM. There's 64GB of inbuilt storage which is expandable via microSD card (up to 256GB). The rear camera gets a 23-megapixel Sony sensor with 4K video support.

Finally, we have the Asus ZenFone 3 Ultra (ZU680KL) that features a massive 6.8-inch full-HD IPS display, Snapdragon 625 SoC and 4GB of RAM. In-built storage is 64GB which can be expanded via microSD card (up to 128GB). The ZenFone 3 Ultra also has a 23-megapizel camera sensor on the back and a big 4600mAh battery.