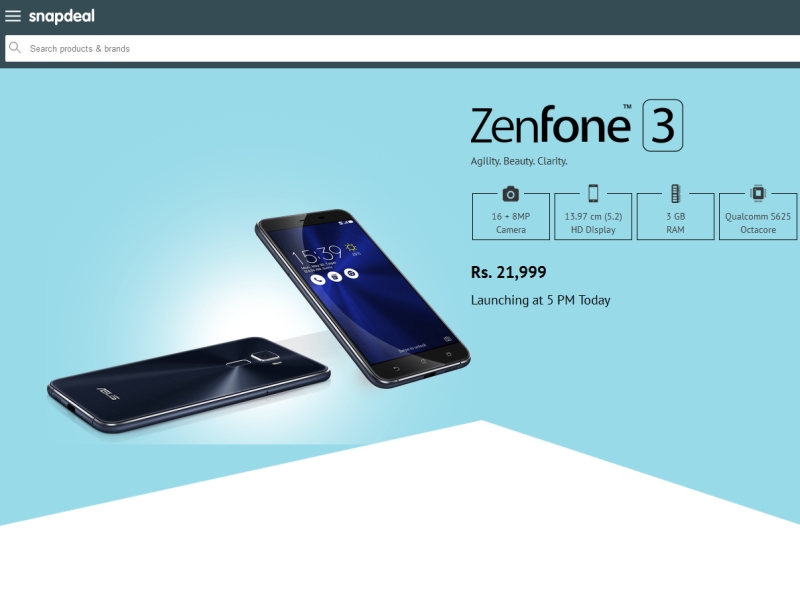 Asus is all set to launch the ZenFone 3 series in India today, but just a few hours ahead of the event in New Delhi, Snapdeal has leaked the price of at least one of the smartphones in the lineup - the ZenFone 3.

The company appears only to have brought the 3GB RAM and 32GB inbuilt storage model to India, though it had announced a 4GB RAM and 64GB storage model - the Asus ZenFone 3 (ZE552KL) - at the May launch in Taipei. The smartphone is listed to go on sale at 5pm IST on Snapdeal.

So for, there's no mention of whether the company will launch other models in the ZenFone 3 lineup in India - specifically the ZenFone 3 Deluxe,  ZenFone 3 Ultra, ZenFone 3 Laser, and ZenFone 3 Max. We'll have to wait for the official announcement later today to see what the company has in store for the Indian market.

Ola Shutting Down TaxiForSure, Hundreds to Be Laid Off
Android Makers Really Want to Make Their Phones Eye-Catching