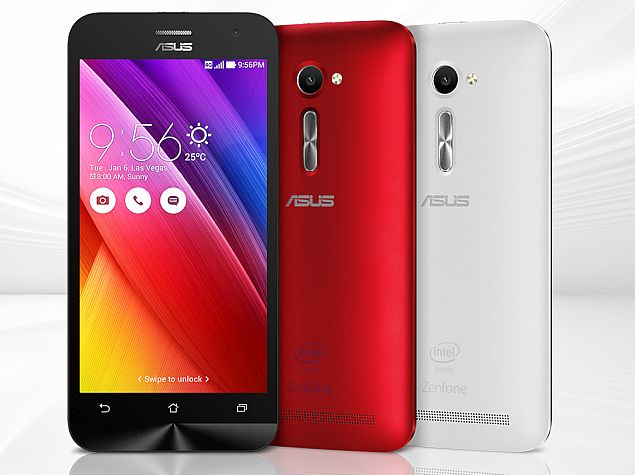 Asus last week launched the three variants of the ZenFone 2 lineup in India (four including storage variants), priced from Rs. 12,999 to Rs. 22,999. It seems the company has more variants up its sleeves as a new Asus ZenFone 2 variant featuring massive 128GB inbuilt storage has been listed on Flipkart. Additionally, the ZenFone 2 series ahead of India availability is receiving its first FOTA (firmware over-the-air) update that adds new features.

Listed as the Asus Zenfone 2 ZE551ML, the variant features 4GB of RAM while also support additional 64GB storage via microSD card. The variant is currently listed at Rs. 29,999 and is the top-end variant of the ZenFone 2 series. At the time of writing, the Flipkart listing of the ZenFone 2 (4GB RAM and 128GB built-in storage) mentioned 'coming soon', tipping that it might be released later compared to other ZenFone series smartphones that are out of stock after the pre-order period. 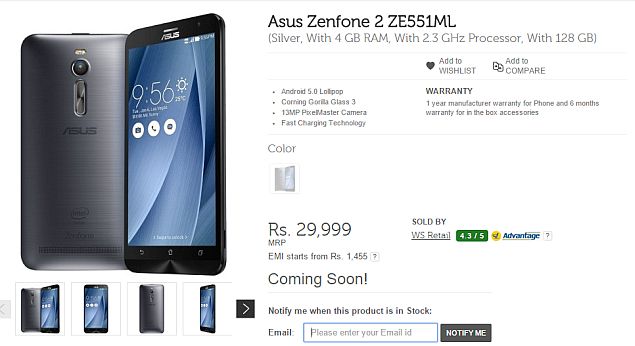 It's worth noting that the Asus ZenFone 2 ZE551ML variant with 4GB of RAM and 128GB built-in storage might be launching first in India. The company thus far has released the 4GB of RAM model in 32 and 64GB inbuilt storage models in Taiwan, as well as in India. Apart from inbuilt storage capacity, rest of the specifications of the 128GB variant are identical to the other two ZenFone 2 ZE551ML models.