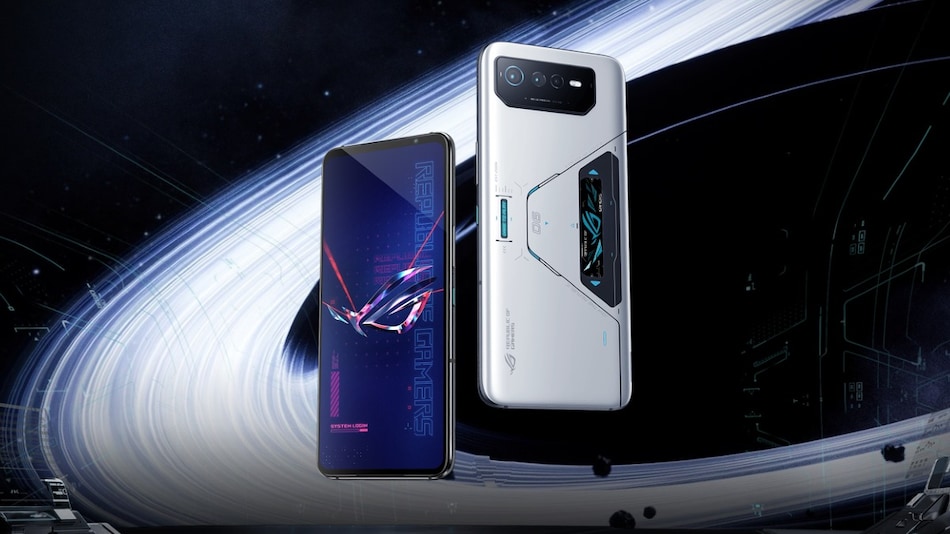 Both the Asus ROG Phone 6 and the Asus ROG Phone 6 Pro have a lot of specifications in common. The dual-SIM (Nano) smartphones run ROG UI, which is based on Android 12. Both the handsets sport a 6.78-inch full-HD+ (1,080x2,448 pixels) Samsung AMOLED display with 165Hz refresh rate, 720Hz touch sampling rate, 1ms response time, 23ms touch latency, HDR10+ support, and up to 1200 nits peak brightness. Both the gaming smartphones have 2.5D curved glass with Corning Gorilla Glass Victus protection and the display has a Pixelworks i6 processor. The Pro model also features a small PMOLED display on the back panel with ROG Vision.

Under the hood, the Asus ROG Phone 6 and the ROG Phone 6 Pro are equipped with Qualcomm Snapdragon 8+ Gen 1 SoC, paired with Adreno 730 GPU. The vanilla model comes with up to 12GB of LPDDR5 RAM and the latter gets up to 18GB of LPDDR5 RAM. Asus has included GameCool 6 cooling system in both the smartphones. The company says it is the biggest update to the cooling since the introduction of the ROG Phone series. It comes with a redesigned, 360-degree CPU cooling system that is more efficient in heat dissipation. Asus claims that the performance is improved by up to 10 degrees Celsius.

Asus ROG Phone 6 and ROG Phone 6 Pro come with 256GB and 512GB of UFS 3.1 storage, respectively. They pack 6,000mAh batteries with up to 65W fast charging support (30W charger in box). The phones come with two 5-magnet 12x16 Super Linear speakers tuned by Dirac. Both the phones are IPX4 rated for water resistance. Apart from RAM and storage options, another major distinction between the phones is that the Pro variant gets an ROG Vision PMOLED display on the back panel, while the non-pro variant gets an illuminated ROG logo. They both measure 172.83x77.25x10.3mm and weigh 239g.

Accessories with the Asus ROG Phone 6 and the ROG Phone 6 Pro smartphone include AeroActive Cooler 6 offers an integrated Thermoelectric AI Cooling System to significantly lower the temperature of your ROG Phone. This optional accessory is wire-free and works with the power from the phone's battery. There are also ROG Kunai 3 Gamepad, an expansion dock, and ROG Clip to attach the ROG phone to a PS4, Xbox or Stadia controller with an adjustable arm.