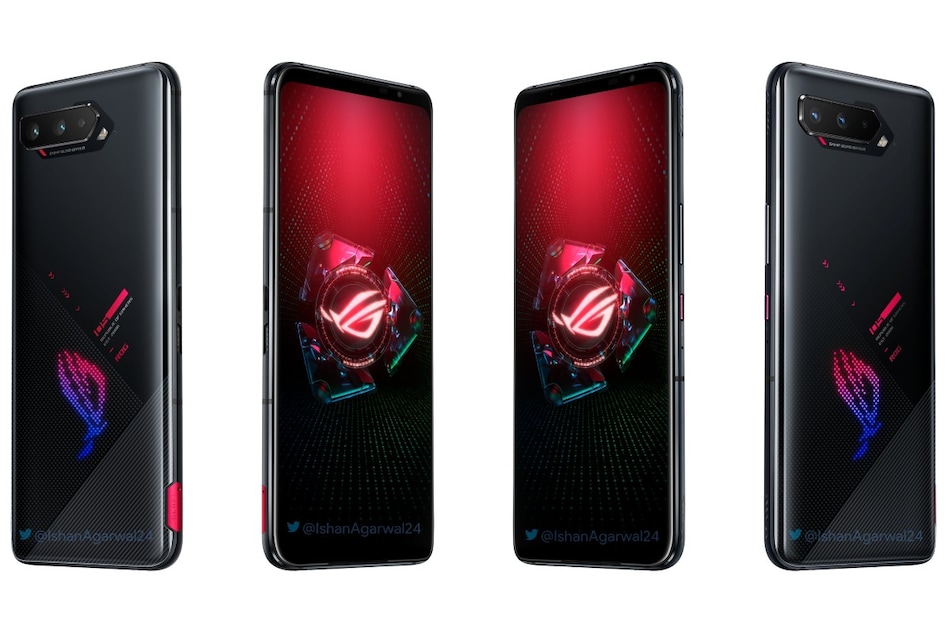 Asus ROG Phone 5 is set to launch in India today, and it will take place through a livestream via the company's official social media channels. The new Asus phone is expected to arrive as the successor to the ROG Phone 3 that was introduced last year. Although its details are yet to be confirmed, the ROG Phone 5 is speculated to have up to 18GB of RAM and Qualcomm Snapdragon 888 SoC. Some official-looking renders of the upcoming phone have also been leaked online that suggest two distinct colour options.

Upon its official launch, the Asus ROG Phone 5 will be available for purchase in the country through Flipkart — just like the ROG Phone 3.

As per the details available so far, the Asus ROG Phone 5 is speculated to run on Android 11 and include a 6.78-inch display as well as a Qualcomm Snapdragon 888 SoC. It is also likely to have an 8GB RAM option — alongside 16GB and 18GB variants. Further, the ROG Phone 5 may include a dual-cell 6,000mAh battery that could support 65W fast charging. The phone would measure 172.83x77.252x10.29mm.

Separately, tipster Ishan Agarwal has shared some renders of the Asus ROG Phone 5 — suggesting a design similar to that of the ROG Phone 3. The phone appears to have a dot matrix-style section that could support customisable experiences like the Zephyrus G14 laptop. There are also two USB Type-C ports — one is at the bottom and the other one is at one of the sides of the phone. A 3.5mm headphone jack is also visible in the renders.

And here is the ASUS ROG Phone 5 White Color Variant!

It looks much better IMO. Definitely my choice over the black. I hope this one is launching in India! #ASUS #ROGPhone5 #ASUSROGPhone5 https://t.co/5nEwHqEaBz pic.twitter.com/eIKJIuSEXf

The Asus ROG Phone 5 may come along with a few gaming accessories, including an updated AeroActive Cooler. The phone may also get two distinct colour options: black/ grey and white. The earlier ROG Phone models, however, had just one colour variant.