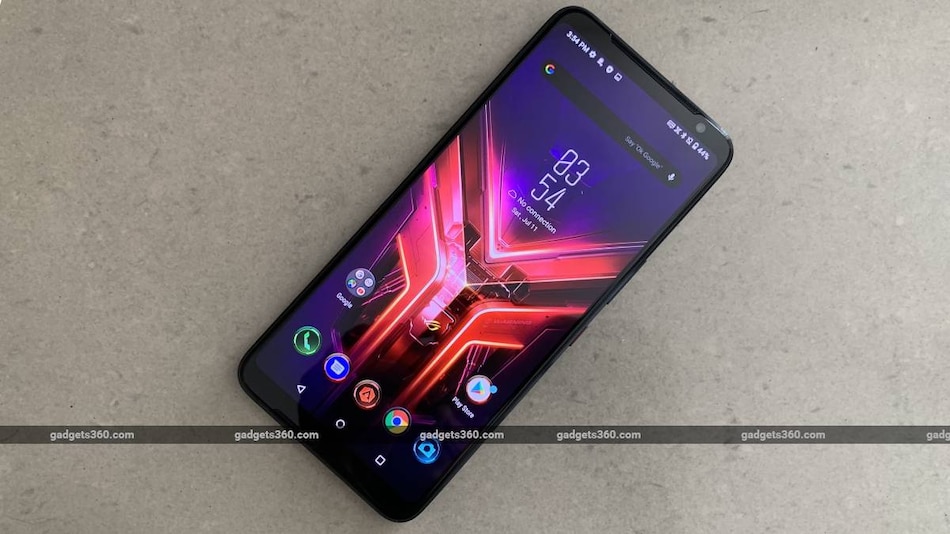 Asus ROG Phone 3 is getting a new variant in India. The third-generation Android gaming phone's new 12GB + 128GB variant will be launched during the six-day Flipkart Big Billion Days Sale that starts on October 16. This effectively brings down the cost of the ROG Phone 3's 12GB RAM model, which, till now, was only available with a 256GB onboard storage option. The base model of the phone comes with 8GB RAM and 128GB onboard storage. All three configurations will be available at no-cost EMIs, along with an instant cashback if purchased using State Bank of India cards during the sale on Flipkart.

The Asus ROG Phone 3 has a 6.59-inch full HD+ display with HDR10+ support. Designed primarily around gaming, it is powered by Qualcomm's latest Snapdragon 865+ SoC, integrated with Adreno 650 graphics. It has a maximum screen refresh rate of 144Hz and comes with Asus' proprietary “AirTriggers” that emulate the functions of a physical gaming pad. The touch-sensitive buttons can also be manually configured to suit a particular genre or style of gaming.

Apart from its gaming prowess, some of Asus ROG Phone 3's other specifications are also of flagship quality. The 5G capable device comes with dual-band Wi-Fi 6 (802.11ax) and Bluetooth 5.1. It's got a triple camera setup on the back that includes a 64-megapixel Sony IMX686 primary sensor, with an f/1.8 lens; a 13-megapixel ultra-wide camera with f/2.4 aperture; and a 5-megapixel macro camera. The front gets a single 24-megapixel f/2.0 selfie camera. The ROG Phone 3 packs a 6,000mAh battery and supports Qualcomm QC 4.0 fast charging. The phone, however, can't be charged wirelessly. It's 9.85mm thick and weighs 240g.