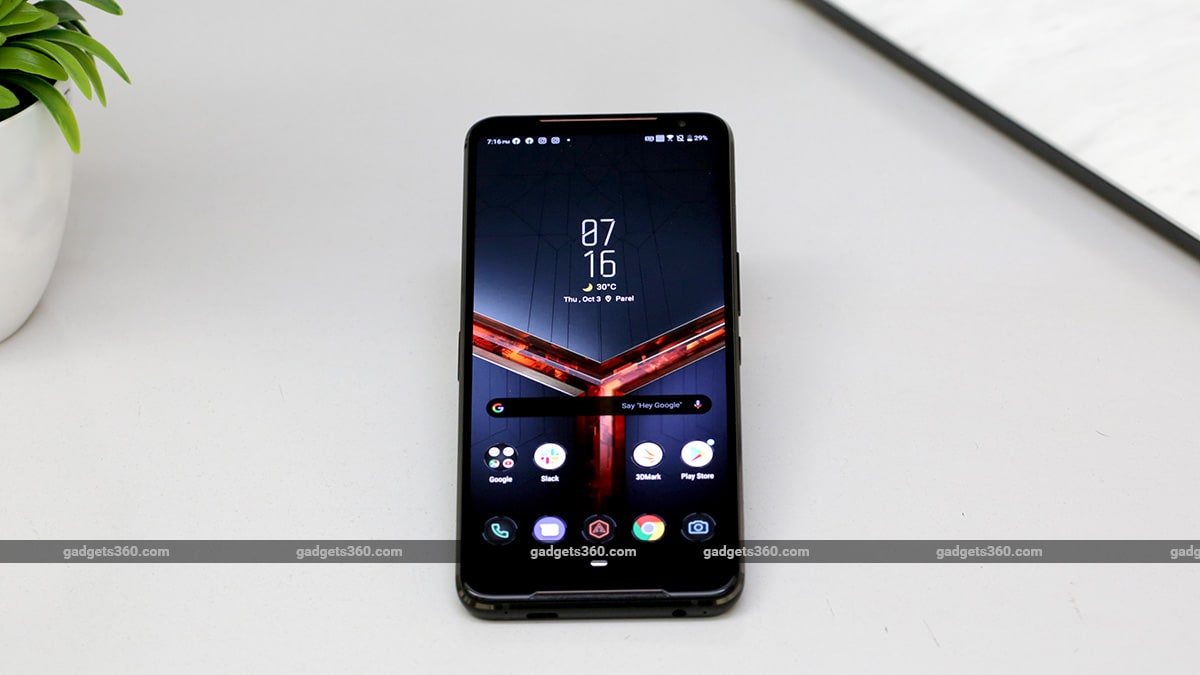 Asus ROG Phone 2 has started receiving a new software update that brings AirTriggers slide gesture support. Asus has provided AirTriggers on the ROG Phone 2 as a pair of ultrasonic sensors to enable gesture support. However, the phone up until now had limited support for gestures. The latest software update also brings the October 2019 security patch and includes a grid display for game selection in the Games Library of Armoury Crate. Separately, Asus has kicked off a beta testing programme for the ROG Phone 2 to test Android 10.

The latest update brings software version 16.0631.1910.35 to the Asus ROG Phone 2. It brings AirTriggers slide gesture support to let you simulate horizontal and vertical swipes. This comes as an addition to the support for existing 'squeeze' gestures that were available through the AirTrigger menu.

To set up the swiping gestures, you need to tap the AirTrigger option while running a game on the screen and then select the gestures from the drown-down menu.

As per the official changelog posted on the company's ZenTalk forums, the latest ROG Phone 2 update also includes the mesh game selection mode and new game cover replacement function in the Armoury Crate game lobby. The update also fixes an issue that could continue to show the navigation bar, particularly when playing role-playing game (RPG) Black Desert. Further, the new software version fixes the Game Genie issue that pulled out the panel when Key Mapping was used.

Gadgets 360 was able to confirm that the latest software update also brings the October 2019 Android security patch to the ROG Phone 2. However, it doesn't make any changes to the Android version that remains the Android 9 Pie.

The latest software update is rolling out in batches. You can check its availability on your Asus ROG Phone 2 by going to the Settings menu.

Aside from the software release, Asus has launched the anticipated Android 10 beta programme for the ROG Phone 2. You need to own a ROG Phone 2 (ZS660KL) and be an active member of the ZenTalk forums to participate in the programme, as specified in a forum post. The company will also ask for access to your phone's identification details, including IMEI and serial number. Furthermore, the beta testers are required to be willing to participate in every beta version release and test them on a daily basis alongside reporting valid bugs and post all beta-testing related issues in a restricted board.

If you're able to fulfil all the listed conditions and requirements, you can fill out the sign-up form to join in the beta programme.

To recall, the Asus ROG Phone 2 was launched in India back in September. The smartphone comes as a successor to the company's original ROG Phone and includes Qualcomm Snapdragon 855+ SoC and 120Hz display.