The Asus ROG Phone 2 is reported to launch this month 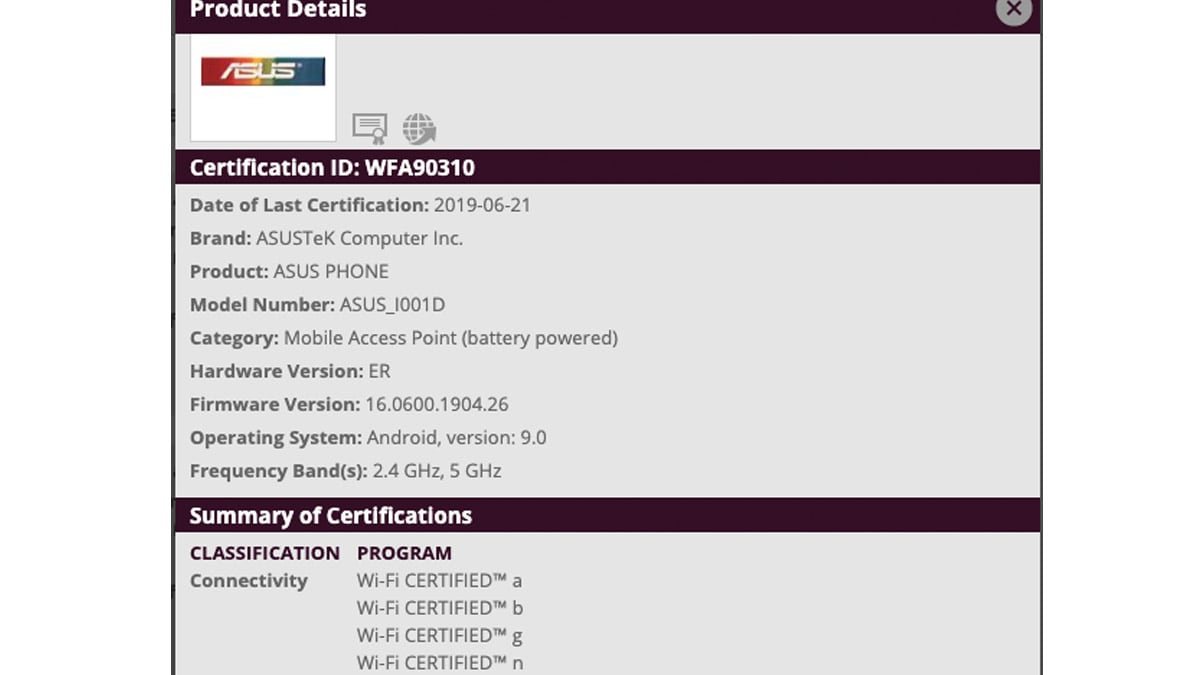 Asus ROG Phone 2 has allegedly been spotted on Chinese 3C certification site where two models bearing model numbers I001DA and I001DB have been listed. This listing was spotted by tipster Sudhanshu Ambhore. The 3C listing reveals that the two different models of the smartphone sport chargers with different specifications. The I001DB get a 5-10V 3A charger which puts out a 30W output. On the other hand, the I001DA model gets a 9V 2A charger which manages 18W, similar to the Asus 6Z.

The Asus ROG Phone 2 also appeared in an US FCC listing as well as on Wi-Fi certification site Wi-Fi Alliance. While the FCC listing only shows the label position, it also reveals the design of the camera module which is similar to what we have seen on the Asus ROG Phone. The Wi-Fi Alliance listing, reveals two slightly different model numbers, Asus_I001D and Asus_I001DD. These model numbers might be different for specific markets. The Asus_I001D and Asus_I001DD reveal dual-band Wi-Fi and reveals that the smartphone will be running Android 9 Pie. MySmartPrice reports it has also been certified by Taiwan's NCC, with the same model number, but this doesn't show much.