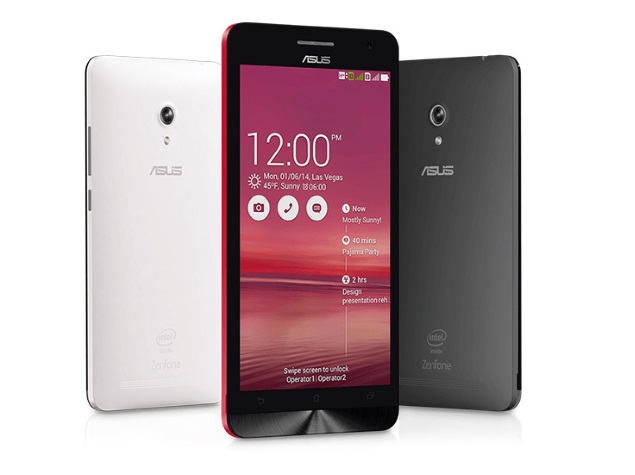 Asus took the wraps off its new ZenFone series of smartphones - ZenFone 4, ZenFone 5, and ZenFone 6 - last week in India. It now seems Asus' latest tryst with Android smartphones for the Indian market is receiving an impressive response.

The Taiwanese major has claimed that it sold 40,000 units of the ZenFone series within 4 days of its debut in Indian market. Notably, the ZenFone smartphone series has been launched online exclusively with Flipkart, while the handsets are also available from the company's authorised physical retail stores. Unfortunately, the company has not revealed the individual sales breakup of all three handsets in the ZenFone series.

Commenting on the ZenFone smartphones sales numbers, Peter Chang, Regional Head, South Asia and Country Manager, System Business Group, Asus India said, "We are overwhelmed with the response received within just 4 days of the launch. The reaction from the Indian masses has been astonishing owing to our partnership with Flipkart and our offline channels. Aesthetically crafted ZenFones have been successful to touch the heart of Indian tech lovers and we are affirmative that we are going to witness greater response in the near future."

The Asus ZenFone handsets include the new ZenUI skin on top of Android 4.3 Jelly Bean (all three devices are upgradeable to Android 4.4 KitKat). According to Asus, ZenUI is built with simplified, easy-to-access icons and menus, select themes to match the device colours, and a What's Next feature to keep a track of a user's daily schedule. The Asus ZenFone 4, ZenFone 5 and ZenFone 6 also come with a 'PixelMaster' camera technology that includes a set of features such as Selfie Mode and Depth of Field Mode, Low Light Mode and Time Rewind to deliver what Asus calls an enhanced image capturing experience.