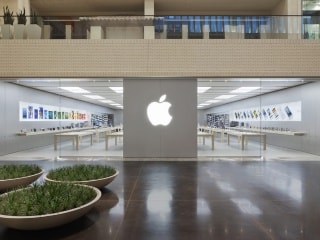 The Finance Ministry has rejected iPhone maker Apple's demand for tax exemptions for setting up a manufacturing unit in India saying that the decision will have to be taken up by the GST Council.

The US-based firm has indicated plans to put up manufacturing lines in India this year.

Apple had sought concessions such as duty exemption on manufacturing and repair units, components, capital equipment for smartphones for 15 years, the Minister of State for Electronics and IT, P P Chaudhary, said in a written reply to the Lok Sabha.

These demands were "examined in the Department of Revenue and have not been accepted", he said.

He said these incentives cannot be accepted as with the coming into force of the new indirect tax regime "all imports will be liable to IGST (integrated GST) and any exemptions from CGST (centre)/SGST (state)/IGST can be granted based on the recommendations of the GST Council only".

All existing exemptions from excise duty to countervailing duty will also be reviewed by the GST Council, he added.

Apple's Tax Demands Will Be Looked at After GST Rollout, Says Sitharaman

India is all set to roll out the Goods and Services Tax from July 1 which will subsume all the indirect taxes at the state as well as the central level. It is billed as the biggest tax reform in the country since the Independence that aims at making India a 'one nation, one tax' market.

There is no exemption from basic customs duty (BCD), countervailing duty (CVD) and special additional duty (SAD) on imports of parts for repair of mobile phones, he said.

Chaudhary said that zero BCD, CVD and SAD is provided for making of mobile phones' components and sub parts.

However, in the Budget 2017-18, a concessional SAD of 2 percent was imposed on populated Printed Circuit Boards for manufacture of mobile phones, he said.

Chaudhary said specified capital goods required for making mobile phones have already been exempted from BCD with effect from 2004.

Meanwhile, Commerce and Industry Minister Nirmala Sitharaman said in a written reply to the Rajya Sabha said that Apple has indicated its plans for putting manufacturing lines this year.

"Apple in their communications, indicated their plan for selective introduction of manufacturing lines in Spring 2017," Sitharaman said.

With sales tapering in the US and China, Apple is eyeing India - the fastest-growing smartphone market in the world - and looking to set up a local manufacturing unit to cut costs.

It, however, does not make devices on its own and does it through contract manufacturers.

The company sells its products through Apple-owned retail stores in countries like China, Germany, the US, the UK and France, among others.

It has no wholly-owned store in India and sells its products through distributors such as Redington and Ingram Micro.