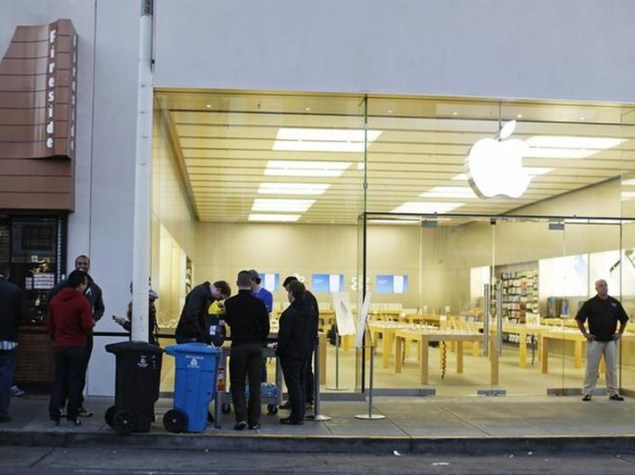 The project will provide 700 manufacturing jobs in the first year and 1,300 construction and associated jobs in Mesa, Arizona, according to a statement by Arizona Governor Jan Brewer on Monday.

Apple confirmed the plan, but would not say exactly what components would be made at the new facility or what products they would appear in.

GT specializes in "crystal growth equipment" for consumer electronics and other industries. It said on Monday it signed a multiyear supply agreement with Apple to provide sapphire material, which has in the past been used in watches, optical instruments and integrated circuits. There have been reports that device makers are looking at sapphire crystal for use in screens.

Apple's push to create jobs in the United States comes after scrutiny of its massive overseas cash reserves and conditions for workers at contract manufacturer facilities it uses in China.

The move also signals a tentative revival in U.S. manufacturing. Earlier this year, Apple revealed plans to build computers at a site in Austin, Texas, while Google Inc's Motorola unit decided to assemble its new Moto X phones in the same state.

Big corporations such as Caterpillar Inc and General Electric Co have been shifting some production back to home soil over the past few years. Last month Wal-Mart Stores Inc announced a campaign to buy more U.S.-made goods.

GT said it will own and operate the furnaces to produce the sapphire material, but Apple will own the Arizona facility.

Under the terms of its supply deal, Apple will give GT a prepayment of about $578 million, which GT will pay back to Apple over five years, starting in 2015, GT said.