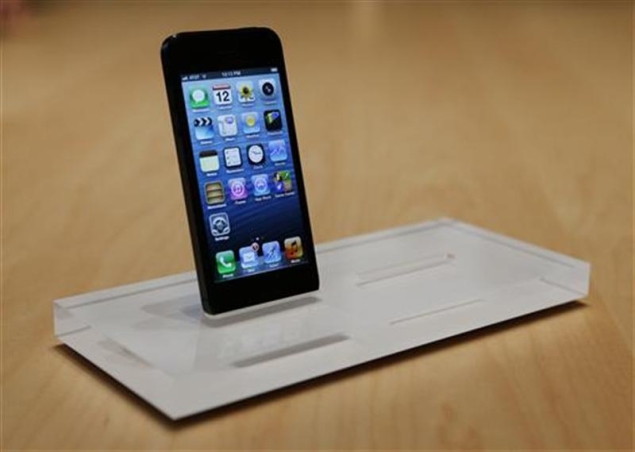 Apple's iPhone 5, launched to great fanfare in the United States on Wednesday, will not work on superfast mobile broadband networks in much of Europe, potentially confusing consumers and setting back the development of 4G services in the region.

The problem lies in the range of spectrum the airwaves used to carry mobile signals used in Europe. The iPhone 5 is not compatible with 4G services on the 800MHz and 2.6GHz bands deployed across much of western Europe, including Spain, Italy and France. Instead, it works on the 1.8GHz band, which is still being used for voice calls by most operators in Europe.

Apple will produce three models of the iPhone: one optimised for U.S. carrier AT&T's network and spectrum bands, another for Sprint and Verizon's U.S. norms and a third for the rest of the world, including two European operators.

Only Deutsche Telekom in Germany and Everything Everywhere in the UK will initially be able to offer the fastest internet access to iPhone 5 users in their markets, because they are the carriers holding the right frequencies.

Vodafone and Telefonica's 02 look to be at a disadvantage in the UK and Germany, two of Europe's biggest mobile markets, because the iPhone won't run on their 4G gear.

"Telecoms executives in Europe had a big dream that the iPhone would be the accelerator to kickstart 4G demand in their markets," Informa analyst Thomas Wehmeier said. "That dream has now gone up in smoke because Apple has made the U.S. and Asia norms the priority and short-changed Europe."

Europe's construction of 4G networks is lagging behind the U.S. and Asia, though European operators are expected to spend $15.25 billion over the next three years to upgrade infrastructure to 4G speeds, according to Rethink Technology Research.

The region has only a few hundred thousand 4G subscribers, most of whom use laptop dongles or home routers because there are few compatible smartphones available.

That is starting to change as Samsung, Nokia and HTC bring out 4G-compatible smartphones that work on European norms. The lack of a compatible iPhone, however, is sure to disappoint some operators hoping to benefit from the positive marketing buzz around Apple's latest device.

It remains to be seen how much a lack of 4G speeds will hamper sales of the iPhone 5 in Europe. Apple doesn't break down regional revenue, but market research group Canalys says that 22 percent of iPhones sold in the second quarter were in Europe.

A survey from consultancy Analysys Mason showed that 46 percent of iPhone 4 users believe that they already have 4G capability, even though they don't.

"Outside the hardcore loyal Apple fans, who will buy it anyway, the next biggest attraction of the device is its 4G capability," he said.

"For those markets where it can be used on a 4G network, I think it's going to do particularly well, and obviously one of those is the UK. So for Everything Everywhere, this is set to be a real winner."

Even without 4G, the new iPhone will support the faster version of 3G, known as DC-HSDPA, with up to 42 megabit speeds faster than many home Internet connections. Long-term evolution (LTE) technology, as the true 4G gear is dubbed, can offer up to 100 megabit speeds.

O2 Chief Executive Ronan Dunne said the iPhone 5 would remain popular on its network in Britain despite the lack of 4G.

"The new device will work brilliantly on our network," he said in an interview.

Hutchison's 3 brand, Britain's smallest operator, is in line to buy surplus spectrum from Everything Everywhere in the iPhone-compatible band, so it may eventually offer a faster service.

A spokesman for France Telecom also talked up the better speeds that customers of its Orange mobile brand would receive on the new iPhone in France and Spain, despite not having 4G.

However, operators have to be careful about how they advertise fast mobile broadband speeds on the iPhone to avoid breaking Apple's strict rules on marketing, Ovum analyst Howett said.

Apple was fined roughly $2.3 million by an Australian court in June for misleading advertising of the iPad, which it said was 4G compatible when it was not.

The iPhone 5 will go on sale in the United States, Britain, France, Germany, Australia, Canada, Hong Kong, Japan and Singapore on September 21, with pre-orders a week earlier. A further 22 countries, including 21 in Europe, will launch on September 28.