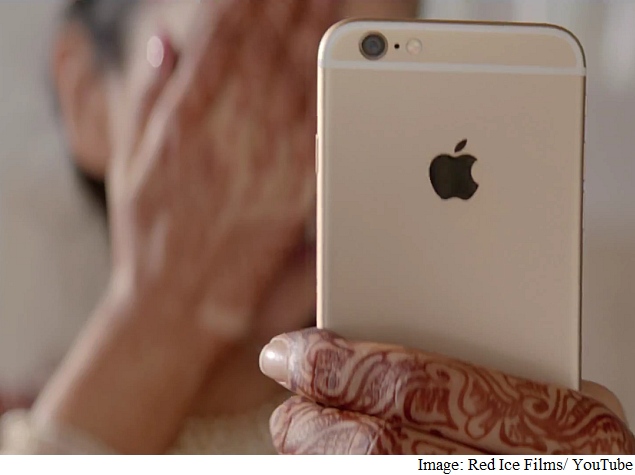 Apple is looking to capture the Indian market's attention with the release of its first-India specific television commercial. The iPhone 6 advertisement released on Friday is based around the immediately identifiable ritual of the great Indian wedding.

The advertisement follows a bridegroom in the last few hours leading up to the wedding, with him using an iPhone 6 to stay in touch with his bride-to-be until finally meeting her at the proverbial altar. The ad starts off by showing the groom click a selfie with his iPhone 6, and immediately send it to the girl via iMessage, Apple's own messaging service. The girl responds by sending back a pic of her own, but she carefully avoids picturing her face, since it's considered bad luck for the groom to see the bride before the ceremony on the big day.

The couple are later shown keeping in touch via FaceTime, the company's video-chatting service, as an enabler for a shared experience while away from each other, but again, the girl is careful not to show her face to the groom. The 60 second commercial finally ends, when the two meet at the altar and a voiceover that says: "We know how hard it is to wait for something special. Which is why we offer the iPhone 6 on easy EMI."

The Apple commercial was written and conceptualised by Leo Burnett India, directed by Vikramaditya Motwane, and made by Red Ice Films for Ingram Micro, one of Apple's authorised distributors in the country.

(Also see: Feroz Khan: Dancing to the tune of apps)

The Cupertino giant's focus on the Indian market is steadily growing, but it is yet to make its own retail presence felt in the county in what could be considered a long-awaited stamp of approval of a mature smartphone market. This hasn't stopped the company from promoting its products in the Indian market however, indulging primarily in above-the-line advertising, with Friday's advertisement just one of the examples.

While Apple products have been advertised on Indian television before, all commercials so far have been ones that were originally produced in other markets. This is the first Apple advertisement that's made for India.