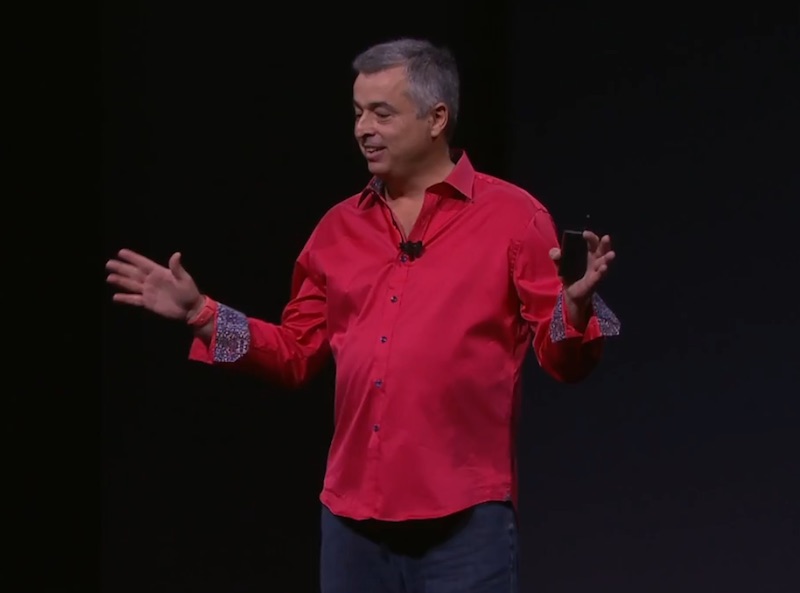 What does a company like Apple that already obsessively controls the software and hardware aspects of its smartphones and tablets do to further improve the experience of its users? Try to cut reliance on the mobile carriers and build alternatives. That's what Apple appears to have been quietly doing for the last few months, with Eddy Cue, Apple's senior vice president of Internet Software and Services, talked about some of this progress in a wide-ranging interview.

When you're on a roaming network, you have to pay more for sending texts and making phone calls. Depending on the carrier, you might also have to pay extra to use Internet data. Cue, much like everyone else is not happy with this. He casually expressed his discontent on how expensive it is when you're on a roaming network. Cue, who was in London for the interview said that he is "trying not to get roaming charges [...] "We're trying to fix it and we're making a little bit of progress but you've got to convince a lot of people."

Apple has long been rumoured to be planning to be come a mobile virtual network operator (MVNO), something that Google has already started with Project Fi. China's Apple, Xiaomi, has also made a similar move with Mi Mobile. The Cupertino giant has however denied any plans to become a virtual carrier or MVNO on multiple occasions.

The company has separately however been working on enhancing the users' carrier experiences. The company last year bundled a SIM card with its iPad Air 2 that allowed users to switch between different carriers. The SIM card worked with multiple US carriers - AT&T, Sprint, and T-Mobile - and allowed users to pick the cellular plan they find best.

Earlier this year, Apple and Samsung reportedly were in advanced talks to start using electronic SIM cards in smartphones. The report had also noted that the SIM card would allow users to quickly switch between different carriers, and offer more security.

Bolstering this theory is company's own iPhone Upgrade Plan, which was announced at the mega iPhone 6s and iPhone 6s Plus event last month. In the program, Apple allows anyone to come to it - and not the carriers - to upgrade to a new iPhone every year.

These incidents coupled with Apple's rather open opinion about how much it is not content with the existing offerings and technologies that mobile carriers offer suggest that the company is indeed secretly working on to further decrease our reliance on one carrier and make it easier to survive on roaming networks.