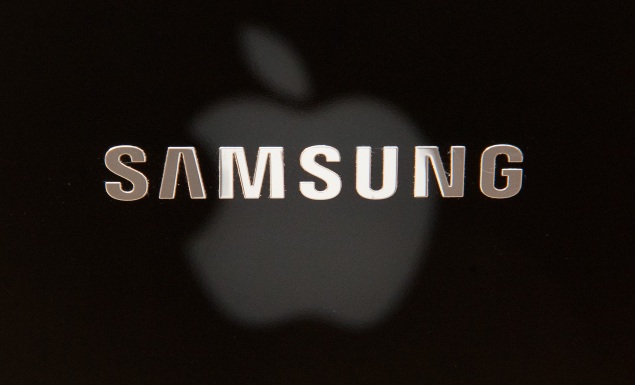 Apple won more than $1 billion in a massive US court victory over Samsung on Friday, in one of the biggest patent cases in decades - a verdict that could have huge market repercussions.

A jury in San Jose, California awarded $1.049 billion to the US tech giant, according to reports from the courtroom. But analysts said the damages could be tripled because jurors found Samsung "willfully" infringed on patents.

The jury rejected the South Korean electronics firm's counterclaims against Apple, which had claimed its iconic iPhone and iPad had been illegally copied, according to live court reports from the tech sites The Verge and Cnet.

Samsung reacted by saying the verdict was "a loss" for consumers and that Apple had "manipulated" the patent system.

The South Korean firm also said the verdict was "not the final word" in this case or other similar battles around the world.

"Today's verdict should not be viewed as a win for Apple, but as a loss for the American consumer," Samsung said.

"It is unfortunate that patent law can be manipulated to give one company a monopoly over rectangles with rounded corners, or technology that is being improved every day by Samsung and other companies... Samsung will continue to innovate and offer choices for the consumer."

The decision appeared to be an overwhelming victory for Apple, but it was not immediately clear if it would halt sales of Samsung devices or affect newer models released since the case was filed.

"This is a huge, crushing win for Apple," said Brian Love, a professor of patent law at Santa Clara University.

Love said this means that Judge Lucy Koh "now has the discretion to triple Apple's damages award, which is already a monstrous and unprecedented" sum.

The case, which is almost certain to face appeal, could shake up the sizzling market for mobile devices in which Apple has been losing ground to rivals like Samsung that use the free Android system developed by Google.

"Samsung is a proxy for both Google and the other Android vendors and better protected than most," said analyst Rob Enderle of the Enderle Group.

"I think this will force a reset on Android products as they are reengineered to get around Apple's patents."

The jury decided the case with over 700 separate claims in less than three days of deliberations.

In one minor snag, the judge sent them back Friday after discovering they had made damage awards for two devices not found to have infringed, and the jurors then revised the award, which had been $1.051 billion, reports said.

The verdict affects patents on a range of Samsung products including some of its popular Galaxy smartphones and its Galaxy 10 tablet - devices alleged to have been copied from the iPhone and iPad.

But some devices are not affected, including the flagship Galaxy III S recently released, although they could be targeted in separate litigation.

Technology analyst Jeff Kagan said of the verdict: "This is a great day for Apple. And it will turn into a very expensive day for Samsung."

Kagan said it was not immediately clear if Samsung would be able to continue to use the technology and pay Apple for the right to do so, or if they must pull their devices and redesign them.

In any case, the verdict in the case - one of several pending in global courts - is likely to have massive repercussions in the hottest part of the technology sector, smartphones and tablets.

Even a delay in sales could endanger Samsung's position in the US market, where it is currently the top seller of smartphones.

Samsung had steadfastly denied the charges by Apple, claiming it developed its devices independently, and countersued in the case, seeking more than $400 million for infringement on its wireless patents.

The verdict came the same day a South Korean court ruled Apple and Samsung infringed on each other's patents on mobile devices, awarding damages to both technology giants and imposing a partial ban on product sales in South Korea.

The court banned sales in South Korea of Apple's iPhone 4 and iPad 2, as well as Samsung's Galaxy S and Galaxy SII among other products.
Comments