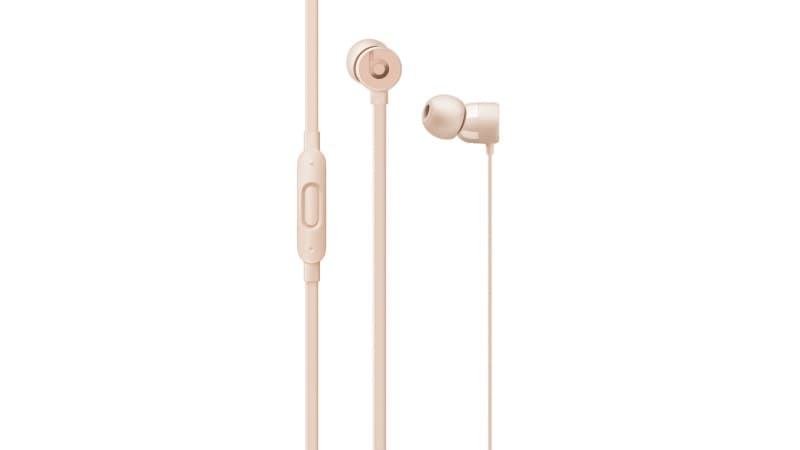 The major takeaways from the Apple's 10th anniversary event earlier this week were iPhone X, iPhone 8, iPhone 8 Plus, Apple Watch Series 3, and Apple TV 4K. While these products were launched with much fanfare, Apple quietly launched one new product without any mention - urBeats3 earphones. The new urBeats3 earphones feature two models - one with a Lightning connector and other with regular 3.5mm jack. The company has also launched new colour variants for its BeatsX earphones and iPhone Lightning Dock.

The urBeats3 earphones will start shipping at $99.95 in the fall in the US. The Lightning connector version comes in three colours - Matte Gold, Matte Silver, and Black, whereas the 3.5mm audio jack version has four colours - Gray, White, Black, and Blue.

Apple's new urBeats3 earphones with the Lightning connector will be available for use on iPhone 7, iPhone 7 Plus, and recently launched iPhone X, iPhone 8, and iPhone 8 Plus. In addition, the MacBook 2017 models (including Pro) will also support these earphones as they now feature Type-C ports as well.

The Cupertino-based giant describes the urBeats3 earphones to come with 'fine-tuned acoustic design' with the help of an axial-aligned driver, along with secure-fit wingtips with customised fit, and magnetic earbuds. There is a tangle-free flat cable along with a rocker for controlling music, taking calls, and talking to Apple's voice assistant Siri using RemoteTalk. Inside the box, you get urBeats3 earphones, four eartips in different sizes, removable secure-fit wingtips, and a pocket-sized carrying case.

Coming to the new colour variants, the BeatsX earphones are now offered in Matte Gold and Matte Silver colours at $149.95. The iPhone Lightning Dock now comes in Gold in addition to Black, Silver, Space Gray, and Rose Gold colours - to match the new iPhone 8 colours. These can be purchased right away from the Apple store.