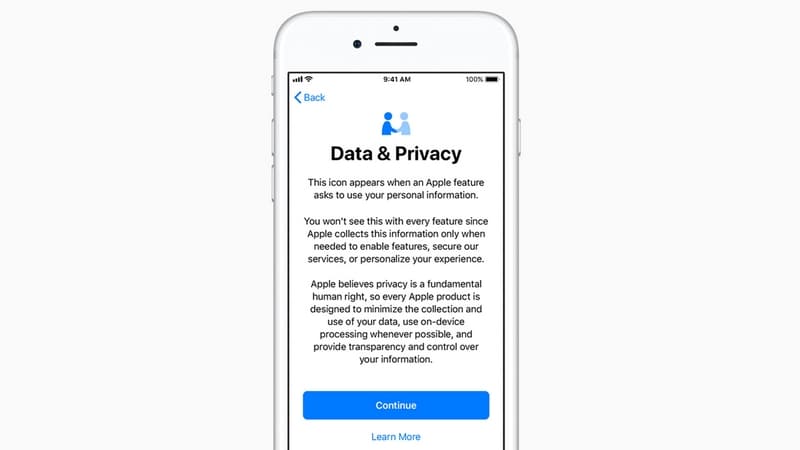 Apple is introducing new tools that will allow consumers to control how their data are used and deactivate their Apple ID accounts, as tech companies strive to bring their services into line with a tough new EU data protection law.

Tech companies have long been scrutinised for how they protect their customers' data and Facebook is currently embroiled in a huge scandal where millions of users' data were improperly accessed by a political consultancy.

The European Union General Data Protection Regulation (GDPR) enters into force on May 25 and is the biggest shake-up of privacy rules since the birth of the Internet. It introduces stiff fines of up to 4 percent of global turnover for companies found to be in breach.

Apple users worldwide will see a new data privacy information page when they update the software from Thursday on their iPhones explaining an icon which will appear when an Apple feature collects personal information.

The icon will not appear on features such as Apple's Maps or Siri, for example, because they do not collect user data, whereas it will appear on the App Store or iTunes.

From May the device-maker will introduce new privacy management tools on the Apple ID website allowing users to get a copy of all their data held by Apple, request a correction, deactivate or delete their account.

Facebook has also announced some privacy changes ahead of the entry into force of the EU law which is seen as raising standards worldwide as companies introduce changes globally.

Apple has distanced itself from the likes of Google and Facebook who collect user data to serve them targeted advertising, saying its customers are not the product.

Apple's changes are designed to give users the right to data portability, a new right introduced by GDPR, by allowing them to get a copy of their data which can be transferred to another service.