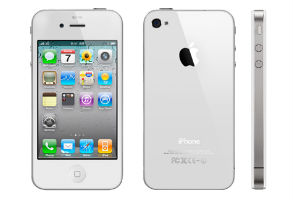 Phil Schiller, senior vice president of Worldwide Product Marketing for Apple and an integral part of Apple s Executive team, tweeted yesterday that Apple will finally launch the elusive white iPhone. The tweet responded to somebody s question and said, @airickanderson Hi Eric. The white iPhone will be available this spring (and it is a beauty!).

There are two inferences that can be drawn from the tweet. Firstly, which is pretty straightforward, is that the white iPhone will be launched by Apple within the next three months. Spring in the United States technically lasts from March 21 to June 21. Apple had announced the iPhone 4 in June last year and had promised that it will be available in both white and black. But, the company later announced that the white model would be delayed..

The other important stat here is that it is in sync with the iPhone refresh date. With all the leaked pictures surfacing, we would assume that the new iPhone is also due during the time-frame mentioned by Schiller. Also, he did not mention the iPhone version in the tweet, he said that the white iPhone will be available this spring , categorically missing out whether he is talking about iPhone 4 or 5.

From where we stand, you can definitely expect iPhone 5 in the next three months, which will ship in white too.