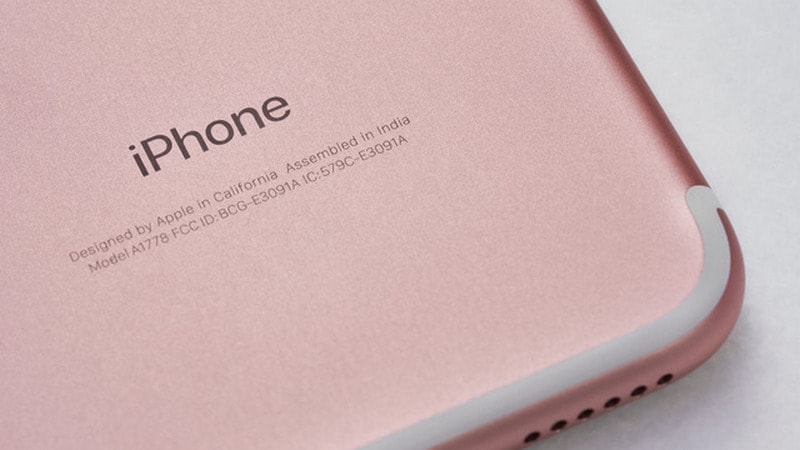 Giving an impetus to its India manufacturing plans, Apple has started the assembling of iPhone 7 at its supplier Wistron's facility in Bengaluru.

"We are proud to be producing iPhone 7 in Bengaluru for our local customers furthering our long-term commitment in India," an Apple spokesperson told IANS on Tuesday.

According to Wistron India head Gururaj A, the company would set up an iPhone making unit in the 43 acres of land allotted to it, with employment potential of over 10,000 people.

The new Wistron facility is also set to manufacture a wider range of Apple's devices.

Apple is slowly but steadily strategising its plans to make deeper inroads in a country where over 450 million people use smartphones, and assembling iPhone 7 is another step towards gaining more ground.

According to Tarun Pathak, Associate Director at Hong Kong-based Counterpoint Research, the Indian electronics market is growing fast and has gained a significant advantage on some of the competing countries.

"I think to start with, it makes sense for Apple to localise assembling of models that have the potential to scale up and then slowly expands it to entire portfolio," Pathak told IANS.

In India, price is a key factor when it comes to buying a smartphone.

Apple has already begun reducing the price of iPhone in China and may follow the same in India where iPhone is considered expensive.

According to a report in Caixin on Monday, Apple has cut prices for several of its products including iPhones.

For the first time this year, Apple has dropped iPhone prices on its official Chinese website.

"The slash comes in response to China's reduction of the tax burden for manufacturing and other sectors that began on April 1," the report said.

The iPhone maker is also seeking tax relief and other incentives to begin assembling more handsets and open its branded stores in India.