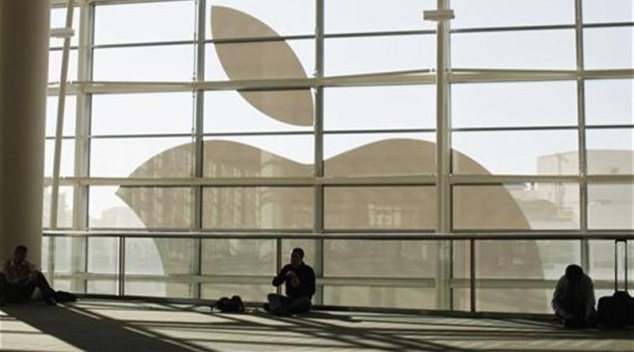 Apple Inc results fell short of Wall Street's lofty expectations as a sagging European economy and a pause in iPhone sales ahead of a new version saw revenues slip from the previous quarter.
Shares fell more than 5 percent to $570.81 in late trade after the world's most valuable technology company - which beats expectations with near regularity - reported its second quarterly miss in less than a year.

The rare miss highlights how the Apple brand is becoming less resistant to the economic and product cycles that have plagued rivals.

"Clearly it was a disappointment," said Channing Smith, Co-Manager of Capital Advisors Growth Fund. "We expected a lot of consumers will probably delay their upgrade and their purchases until the iPhone 5 comes out. We saw a similar trend occur last year with the iPhone 4S."

Apple did post a 23 percent jump in revenue from the same quarter the previous year to $35 billion, but that was about $2 billion below Wall Street's average forecast.

Net income jumped 21 percent from a year earlier to $8.8 billion, or $9.32 a share, about 10 percent below expectations.

From the previous quarter, sales fell 22 percent in Asia-Pacific, outstripping a 3 percent to 6 percent drop in the Americas and Europe.

Apple, which Tim Cook has led since last August, divided the blame for the shortfall between muted consumer purchases in Western Europe and a pullback in demand as consumers wait for a new iPhone model that many expect will be launched in September or October.

From April to June, Apple shipped 26 million iPhones, well below the 28 million to 29 million that Wall Street analysts had predicted, even taking into account a pause in buying ahead of the iPhone 5. It was a far cry from the 35.1 million that moved in the March quarter.

The wait for a new iPhone caused Apple to miss quarterly expectations last fall. This year the phenomenon started early, which could mean that Apple's iPhone sales may also stall in the current quarter.

"Apple is in that rarest of all positions where the Street will punish them for anything less than an excess of success," CCS Insight analyst John Jackson said. "If there's a positive spin on the iPhone story, it is one of latent demand."

Anticipation builds for new iPhone
The Silicon Valley giant has a lot riding on its next iPhone, the product that yields more than half its revenue and helps shore up overall margins.

As consumers wait for the new iPhone, Samsung's Galaxy is expected to keep chalking up robust numbers. Analysts say profit from Samsung's mobile division is likely to have more than doubled from a year ago, with sales of around 50 million smartphones in the June quarter.

Fans are expecting Apple to launch a completely redesigned phone that has a bigger screen, rather than just add or change a few features as it did with the current model.

Less than stellar sales of the iPhone were partly offset by robust sales of the iPad, which accounts for well over half the world's tablet market. Sales came in at 17 million in the fiscal third quarter, above expectations.

"It really is the iPhone company. The iPad is not strong enough to beat numbers," said BGC Partners analyst Colin Gillis. "The iPhone 5 is already the most hyped device and for it to exceed expectations is going to be really hard."

Missing tempered expectations
Executives acknowledged buyers were refraining from purchases because of "rumors and speculation" around the iPhone 5. They laid part of the blame on sputtering demand from European economies like Germany and France, while dismissing the impact of a Chinese slowdown.

China's economy grew at its slowest pace in three years in the second quarter. But Cook blamed the revenue shortfall in the region on changes in inventory as the company built up stocks of the iPhone 4S in the previous quarter, adding he saw nothing in the Chinese economy as having had an impact on sales.

In addition, the latest iPad also hit Chinese store shelves late -- last Friday, months after it had debuted elsewhere around the world.

Apple sold 4 million Mac computers, which was about flat from the previous quarter but 2 percent higher than the year-ago period.

Amelia Earhart - a name that will live for eternity
Apple CEO Tim Cook: 'I love India, but...'