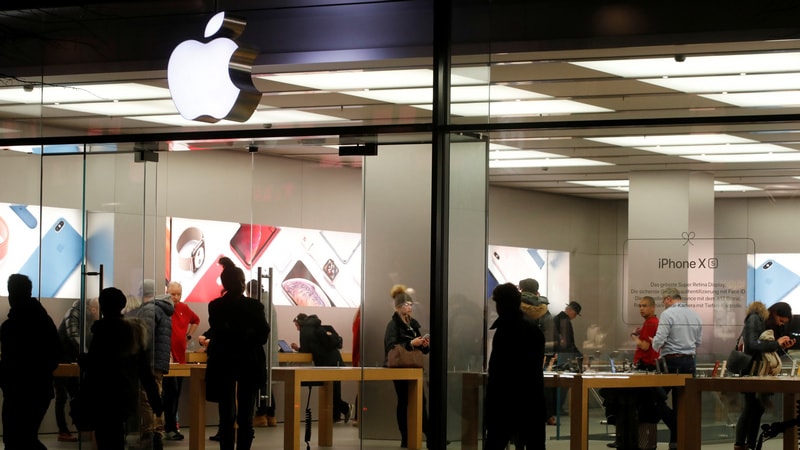 "Since 2011, the total number of jobs created and supported by Apple in the US has more than tripled -- from almost 600,000 to 2 million across all 50 states," the company said in a statement as it readied to announce the results of its first quarter of fiscal 2019 on Tuesday.

To expand production of a critical part of the "TrueDepth" camera system, introduced with iPhone X, Finisar turned an unoccupied building in Sherman, Texas into a bustling operation full of people who will supply that future business, said Apple.

Since 2011, the total number of jobs created and supported by Apple in the US has more than tripled -- from almost 600,000 to 2 million across all 50 states, the company informed.

Apple on January 2 revised down its expected revenues from $89 billion to $84 billion for the first quarter of fiscal 2019.

Apple shares fell after it lowered its revenue estimate and President Donald Trump said he was not bothered about the tech giant's concerns.

Trump said that China was the biggest beneficiary of Apple, more than the US "because they build their product mostly in China".

"I told (Apple CEO) Tim Cook, who's a friend of mine, who I like a lot, make your product in the US," the President had said.

In a letter to investors, Cook had acknowledged that the revenue shortfall in its guidance was partly due to China's trade tensions with the US. The slowdown in the Chinese economy also impacted its revenue, he said.