Apple said to be overhauling its Maps app for iOS 8 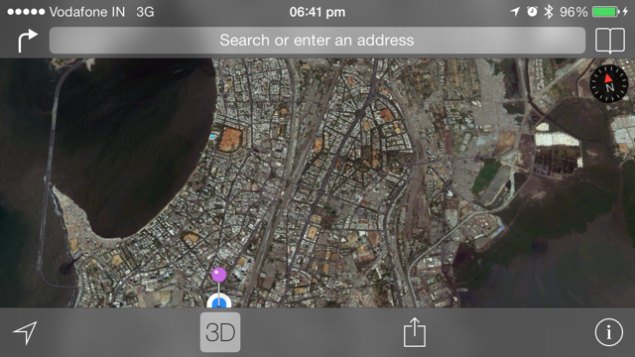 Apple is reportedly working on an overhaul of its Maps app as part of iOS 8. The primary improvement will be the maps themselves, in terms of detail and accuracy. There will also reportedly be a new system for public transit directions.

Apple fan site 9to5mac reports that the company, famous for obsessing over minor elements of design and production, is determined to make up for the ridicule that it had to endure after the botched initial launch of its in-house mapping app, which was rushed out to replace an app based on Google's maps, amidst growing competition between the two companies.

The original release of Apple Maps was plagued with faults, including erroneous data, missing details, and substandard imagery. The company, usually known for its fastidious approach to user experience, had to issue a rare public apology and recommend its competitors' products to users. Critics and comedians alike seized on the opportunity to mock Apple, while industry watchers speculated about whether standards had fallen in the wake of Steve Jobs' death.

iOS 8 is expected to make its first public appearance at Apple's annual World Wide Developers' Conference in June, ahead of a formal launch later in the year. Apple typically unveils details about its upcoming software capabilities at WWDC so that developers can begin working on new or updated apps that take advantage of them.

Apple is rumoured to be working on a new iPhone model with a larger screen, which could be launched in September or October this year. The new iOS could bring support for higher resolution screens, as well as other features such as health monitoring and integration with other rumoured products such as wearable accessories.

LED lights may soon be brighter, smaller with gallium nitride drivers
McAfee Antivirus and Security app for Android and iOS is now free