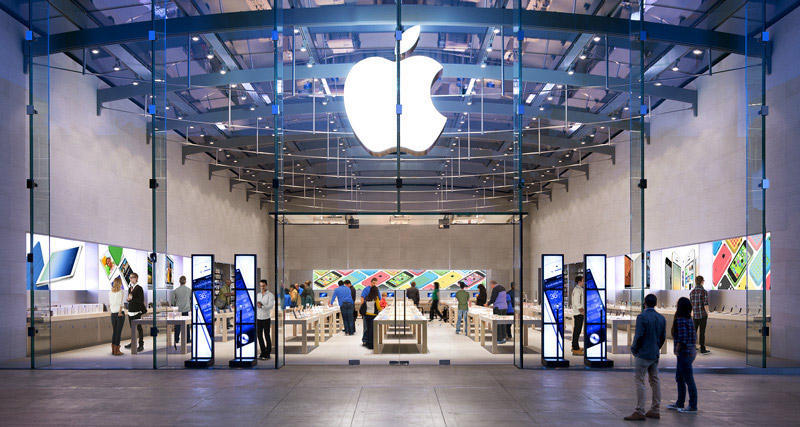 Apple Inc has applied to set up its own stores in India, one of the world's fastest growing smartphone markets, as the iPhone-maker looks to tap new opportunities amid worries of slowing growth in its main markets.

Apple sells its iPhones, iPads and Macs in India through third party resellers, and industry analysts estimate that the Cupertino, California-based company has less than a 2 percent share in India's smartphone market, dominated by cheaper brands.

The company has filed an application with India's Department of Industrial Policy and Promotion to open its own stores, Amitabh Kant, secretary at the federal trade ministry unit told Reuters.

Apple also confirmed the application filing, but declined to give details.

Its expansion plans in India come at a time when concerns about slowing growth in the United States and China, the world's most important market for smartphones, have weighed on the company's stock in the last few months.

Shares in Apple, the world's most valuable company by market value, are down 28 percent from their peak in April last year.

The company operates more than 450 stores in 18 countries. Chief Financial Officer Luca Maestri told Reuters in October that Apple had 25 stores in China and was opening a new one roughly every month.

Its plans for India have been held back due to restrictions on foreign investment in the retail industry, which require single brand overseas retailers to buy close to a third of the goods sold at their stores from local producers.

Apple representatives held talks with Indian government officials about a relaxation of the 30 percent local-sourcing norms before filing the application, said a source familiar with the company's plans.

Apple's plans come against the backdrop of initiatives unveiled by Indian Prime Minister Narendra Modi, who met with Apple chief Tim Cook during his US visit last year, to boost foreign investments in India.

In November, the government eased foreign investment norms in 15 major sectors, including relaxing the mandatory local-sourcing rule for foreign single-brand retailers in the case of "cutting-edge technology" products.

Kant said his department would examine Apple's application in view of the changes made for local sourcing.

For years, India has been a low priority market for Apple as spending power is weaker than in China, where the company's iPhones swiftly became must-have devices after their 2007 launch.

But Apple is now looking to boost its market share in India's rapidly growing market, and the company's recent growing spend on advertising in the country has indicated an aggressive campaign to sell more.

India is likely to overtake the United States to become the world's No. 2 smartphone market in 2017, according to research firm Strategy Analytics. The local smartphone segment is dominated by Samsung Electronics and India's Micromax.