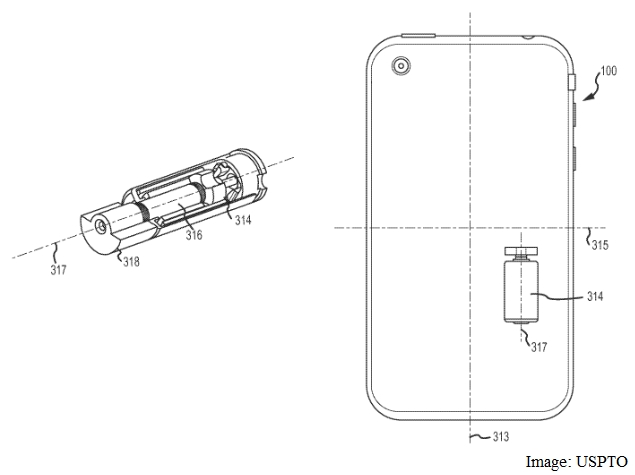 A future iteration of the iPhone may might just rotate in mid-air when falling to save itself from damage.

Apple has been granted a patent for a futuristic iPhone protection system that recognises when a phone is dropped.

The device then calculates the point of impact and shifts the phone's centre of gravity to save sensitive components, Appleinsider reported.

Developed by Nicholas V. King and Fletcher Rothkopf, the system will rely on sensors to monitor physical device activity and positioning.

The latest iPhone and iPad models already come fitted with accelerometers, gyroscopes and GPS which will also be used to full effect.

The date from these sensors will go to a central processing unit while the phone is in free fall.

A motor will then apply a force inside the phone and cause it to land on a preferred site, such as its side or back.

Other components in the device are miniature gas canisters and sliding weights that move internally to save the phone from damage, the report added.

Written with inputs from IANS
Comments