Apple Patent Hints at iPhone With Virtual Buttons Above the Display 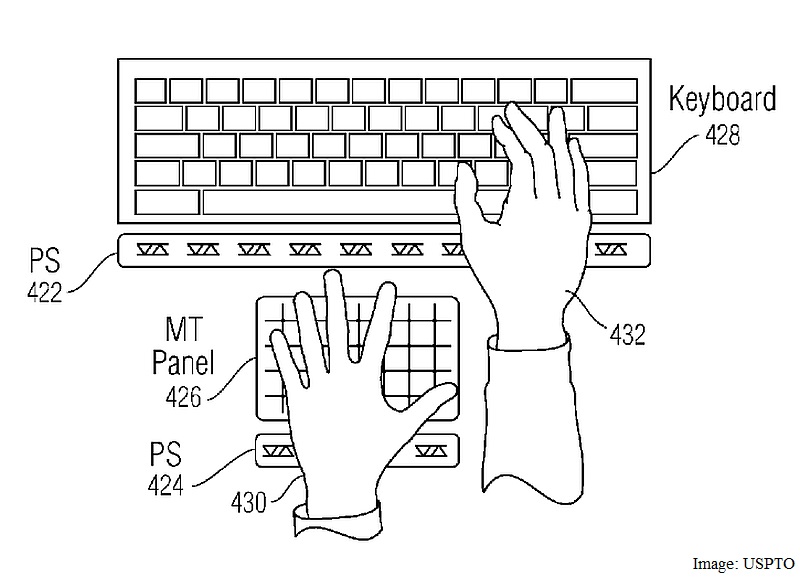 Apple on Tuesday was granted a patent by the US Patent and Trademark Office (USPTO) that showcases designs to bring multi-touch display technology to beyond the screen. Like 3D Touch, the technology provides new options to input, but measures presence and pressure in the opposite direction - i.e., above the display.

"The use of one or more proximity sensors in combination with one or more touch sensors in a multi-touch panel to detect the presence of a finger, body part or other object and control or trigger one or more functions in accordance with an "image" of touch provided by the sensor outputs is disclosed," states the patent titled 'Proximity and multi-touch sensor detection and demodulation'.

The technology will allow users to "push" virtual buttons in air, accessing content or activating different functions without touching the screen. The technology works in tandem with the IR proximity sensors, providing a complete "image" of touch inputs by delivering hover gesture detection. The patent also mentions the inclusion of infrared LEDs and photodiodes. In the Apple design, the photodiode will capture the generated LED light bounced off a user's finger and will give output accordingly. With the help of multiple sensors, the system can also detect user's fingers when hovered over the display. Although Apple has been granted the patent, it may be long before the final product reaches consumers.

As with all patents, it is not necessary that the company granted the patent will use the technology in an actual production device. So, while we may never see Apple bring the virtual multi-touch functionality to a future iPhone, we at least know the technologies the company is exploring.