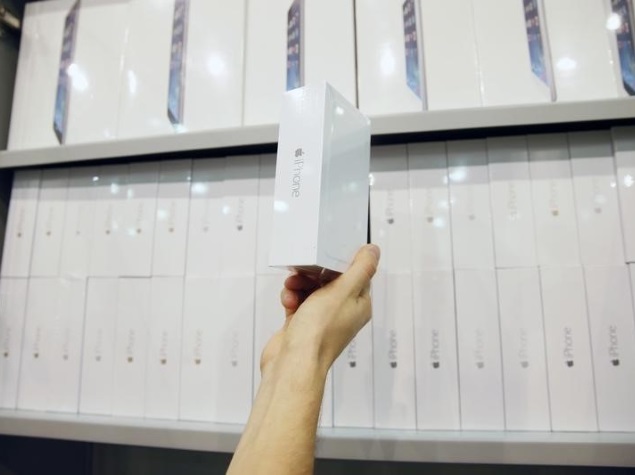 The runaway success of Apple's newest iPhone has fuelled a dramatic shift in the global market: the California tech giant is now neck-and-neck with South Korea's Samsung for the title of world's leading seller of smartphones.

Apple set the standard for modern smartphones when it released the first iPhone in 2007, but Samsung has been the market leader since 2011 with its series of super-sized smartphones that run on Google's Android software. However, Apple made huge gains in the last quarter, selling 74.5 million iPhone units - nearly 50 percent more than a year earlier - after introducing two bigger models to compete with Samsung's high-end Galaxy S phones.

At the same time, Samsung is facing fierce competition at the lower-priced end from Chinese manufacturers Lenovo, Huawei and Xiaomi, which are growing fast in Asia.

Analysts say Apple will likely see a drop-off in iPhone sales now that it's past the December holiday shopping season. But the following estimates from International Data Corporation (IDC), released Thursday, show how much the market has changed.

Samsung held a 20 percent market share in Q4 2014, dropping 8.8 percent from the year-ago quarter, while Apple nipped at its heels with a 19.8 percent share, gaining 2.4 percent share from the previous year.