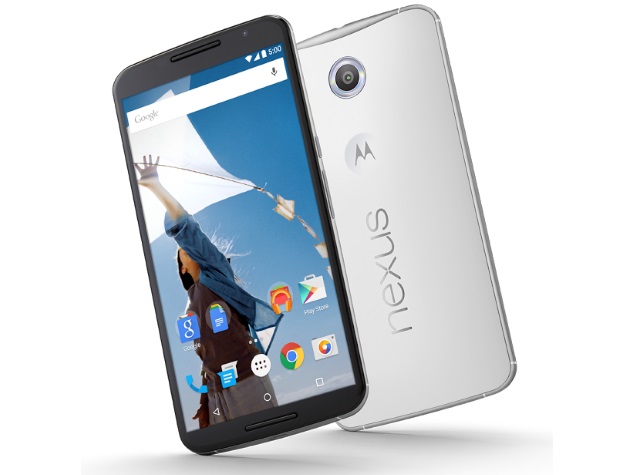 The Google Nexus 6, made by Motorola, was in-line to sport a fingerprint scanner like the HTC One Max on its rear panel, claims former Motorola Mobility CEO.

In an interview with The Telegraph, Dennis Woodside, the current COO at Dropbox, who announced his exit from Motorola early last year, talked about Google's newest Nexus phone. Woodside claimed that the Nexus 6 was "supposed" to pack a fingerprint scanner on the rear panel; though it never happened because of Apple.

Former Motorola CEO however further added that the addition of the fingerprint recognition on the Google Nexus 6 "wouldn't have made that big a difference."

Woodside also talked about Nexus 6, describing it as a "nice phone." He added, "It is enormous. It's a bit big for me; I drop it all the time."

To refresh, Google launched the Motorola-made Nexus 6 in October last year while the handset reached Indian shores last month. The Google Nexus 6 32GB variant went on sale in India at Rs. 43,999, and the 64GB variant at Rs. 48,999. The Nexus 6 is also the platform lead device of the most recent version of Android i.e., Android 5.0 Lollipop, which comes with a fresh look thanks to Material Design and a host of new features.

Recently Motorola confirmed a rear panel defect in some Google Nexus 6 handsets where users reported the rear panel was coming off. The official Twitter handle of Motorola Support, while replying to a Nexus 6 owner who received the defective handset twice, confirmed the reports and said, "We're seeing a few." As of now, Motorola has not revealed any specific causes for the unglued back panel of the Nexus 6.