Tipster Max Weinbach said the always-on display on the iPhone 13 Pro models would have “minimal customisability.” 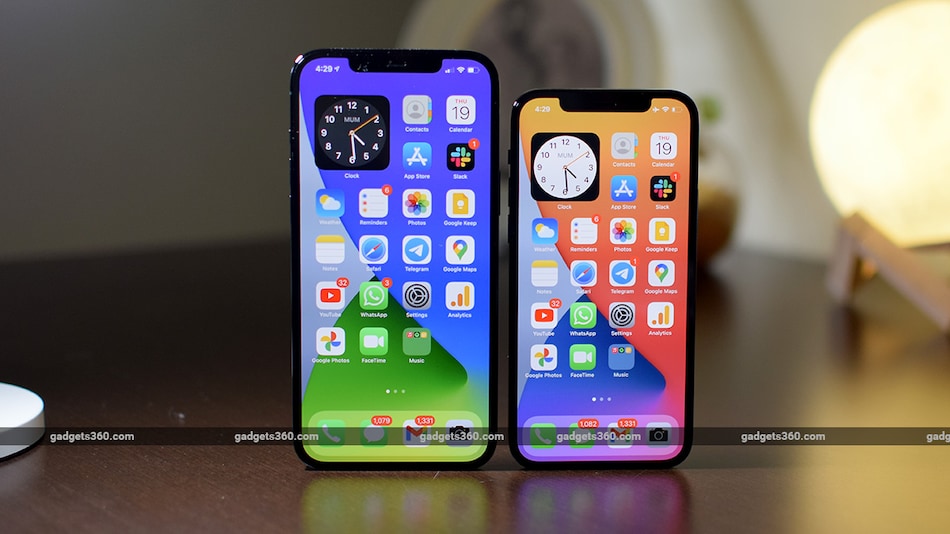 iPhone 13 Pro models will feature an always-on display along with the ability to persistently show the clock and battery icons, according to a tipster. The Cupertino company offered always-on display experience on the Apple Watch — with the launch of the Apple Watch Series 5 in 2019. However, that same experience is now rumoured to be extended to the flagship iPhone lineup. The 2021 iPhone models are also said to have an improved MagSafe technology, with stronger magnets over what's introduced on the iPhone 12 models last year.

Tipster Max Weinbach via YouTube channel EverythingApplePro has reported the presence of an always-on display on the iPhone 13 Pro models, with persistent clock and battery charging display.

“Always-on display will have minimal customisability,” Weinbach said, as quoted by EverythingApplePro. “Current design basically looks like a toned down lockscreen. Clock and battery charge is always visible.”

The tipster has also mentioned that notifications on the screen will be displayed using a bar and icons.

“Upon receiving, the notification will pop up normally except that the screen will not entirely light up. Instead, it will display it just like you're used to right now except dimmed down and only temporarily,” he explained.

Some earlier reports also mentioned an always-on display on the iPhone 13 Pro models. Those are also rumoured to have improved, low-temperature polycrystalline oxide (LTPO) OLED panels along with higher refresh rates of up to 120Hz.

Weinbach has also suggested that the iPhone 13 Pro models would come with a slightly more texturised back over what's there on the current iPhone flagships. It is assumed to be a soft matte finish — something similar to the back of the Google Pixel phones.

The tipster has also mentioned, citing a person familiar with the development, that while the chassis of the new iPhone models would remain the same as the iPhone 12 series, there would be stronger MagSafe magnets. This suggests that Apple may have decided to address concerns such as the leather wallet falling off from the MagSafe connector on the iPhone 12 models.

The video posted by EverythingApplePro also gives us a glimpse of portless iPhone models. It also mentions that with stronger MagSafe magnets, Apple is likely to bring the portless iPhone to the world this year.

Apple is also said to have plans to bring astrophotography to the entire iPhone 13 lineup. It is believed to be a complete automatic mode in which the iPhone would use software algorithms — along with improved camera optics — to register certain artifacts, such as stars or the Moon. It could be similar to the astrophotography debuted on the Pixel 4 in 2019.

Market analysts including Barclays' Blayne Curtis and Thomas O'Malley also recently suggested the improved ultra-wide-angle camera on the 2021 iPhone lineup. However, Ming-Chi Kuo last year suggested that the new ultra-wide-angle lens would initially be limited to the iPhone 13 Pro and iPhone 13 Pro Max as the rest of the models would get the upgrade in the second half of 2022.

In his series of leaks given to EverythingApplePro, Weinbach has also mentioned that the glucose monitoring feature that was speculated to arrive on the Apple Watch Series 7 this year would not happen in time, though it is still in the works. He has also said that the mental health monitoring and warnings on the Apple Watch would also not happen anytime sooner than 2022.

Apple has not yet made any confirmations — neither around the iPhone 13 nor the Apple Series 7. It is, thus, safe to consider the rumoured details with some scepticism. Some recent reports also suggested that instead of calling the iPhone 13, the new lineup could be called the iPhone 12S.