Industry sources have said a chip shortage that first hit the auto industry is now spreading across the electronics business including smartphones. 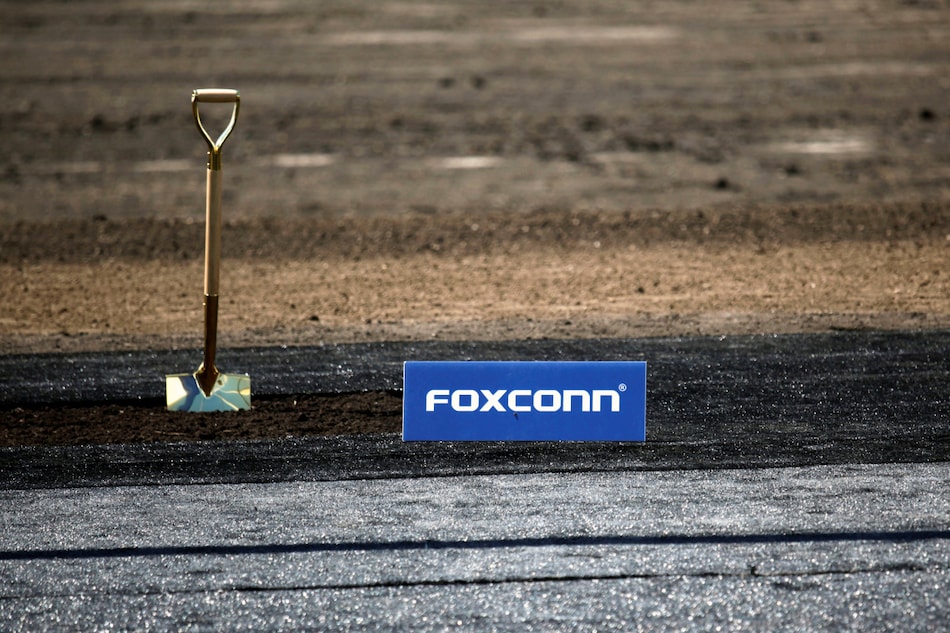 Major Apple supplier Foxconn on Tuesday posted a lower fourth-quarter profit that lagged expectations as the pandemic hit margins, and warned of the impact of "materials shortages" amid tight global chip supplies.

Chief Financial Officer David Huang said the company's gross margin was hit by the COVID-19 pandemic but strong smartphone sales still contributed to stronger-than-expected performance in the fourth quarter, though he did not elaborate.

That was mainly driven by a more than 15 percent revenue increase on the year from consumer electronics including smartphones, which accounted for 63 percent of its business in the quarter, Foxconn said.

The company had previously forecast fourth-quarter revenue to be in a range of a decline of 3 percent and gain of 3 percent from a year earlier.

Chairman Liu Young-way said he expected first-quarter revenue to be "better than normal" for the season thanks to strong sales of smartphones and telecommuting devices amid a coronavirus-induced work-from-home trend.

Liu, however, said the company is closely monitoring "materials shortages" in the consumer electronics supply chain and that could hit less than 10 percent of client orders, though described the impact as limited.

"The pandemic and the materials shortage could impact our performance going forward. That's why we are being cautious," he said, adding that he expected the shortage to continue until next year.

While Liu did not give specifics on the shortage, industry sources have said a chip shortage that first hit the auto industry is now spreading across the electronics business including smartphones.

Foxconn had previously said it expected revenue to grow about 10 percent in 2021.

Liu said Foxconn was in talks with "related foundries" on possible collaboration to make chips for electric vehicles (EV), touting the company's little-noticed strength in speciality chips manufacturing. He gave no details.

The company has in recent months announced plans to become a major player in the global EV market.

Shares of Foxconn have climbed almost 41 percent this year. They ended up 0.78 percent on Tuesday, compared with a 0.48 percent rise in the broader market.