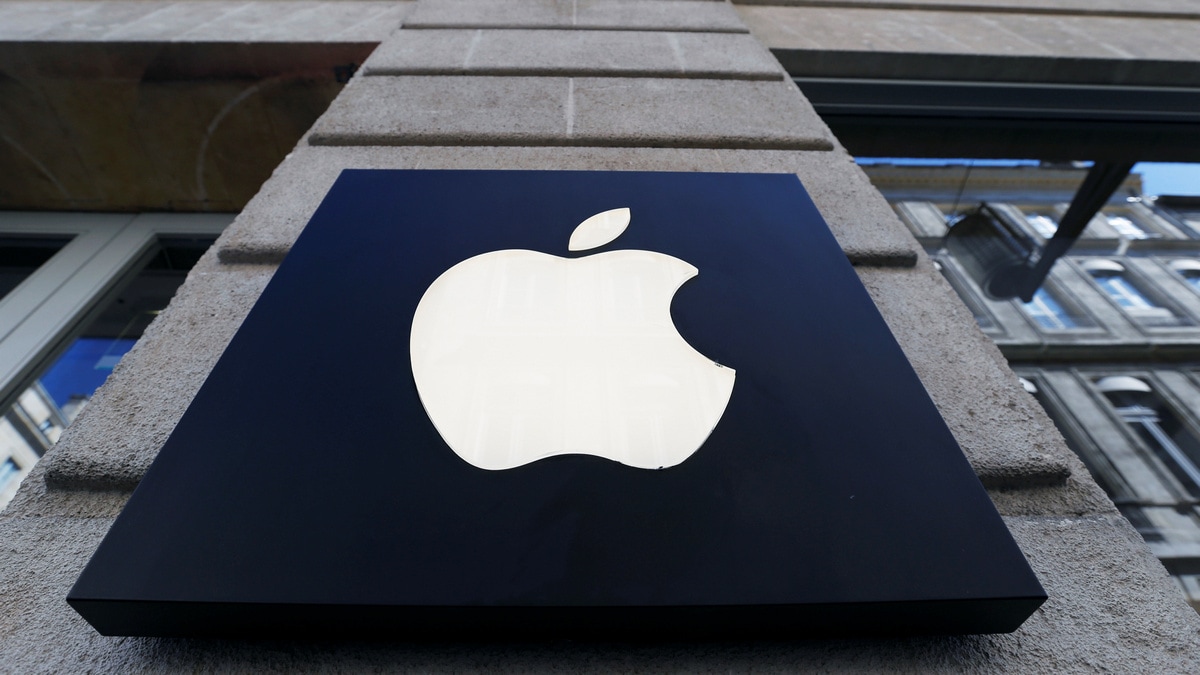 Apple on Wednesday forecast sales for the crucial holiday shopping quarter ahead of Wall Street expectations, with Chief Executive Tim Cook seeing strong sales of the wearables such as the noise-cancelling AirPods Pro and hoping for a US - China trade deal by year-end.

Cook wants to wean Apple off stagnating iPhone sales that make up over half its revenue and switch to generating income from services and wearables. Cook is implementing the strategy while also shepherding Apple through a trade dispute between two of its most important markets, the United States and China.

Apple said it expects $85.5 billion to $89.5 billion (£66.36 billion) in sales for its fiscal first quarter that ends in December, with a midpoint of $87.5 billion that is above analyst expectations of $86.9 billion, according to IBES data from Refinitiv.

Apple shares rose about 2 percent to $247.50 in after-hours trading on the news.

In an interview with Reuters, Cook said he anticipated strong sales of services and wearables, as well “a very, very good start” for sales of the iPhone 11, iPhone 11 Pro and iPhone 11 Pro Max released last month. Cook said the forecast also reflects the company's belief that the United States and China will resolve their trade dispute.

"I don't know every chapter of the book, but I think that will eventually happen," Cook told Reuters. "I certainly hope it happens during the quarter, but we'll see about that."

The forecast comes as the Cupertino, California-based company said it generated $33.36 billion in iPhone sales for its fiscal fourth quarter ended in September, which compares with analyst expectations of $32.42 billion, according to Refinitiv data.

The results mark the fourth straight quarter of year-over-year declining iPhone sales. At the same time, hardware is getting less profitable on a gross margin basis, with Apple's net product sales falling while the cost of sales rose slightly.

In September, Apple unveiled a lineup that included the new iPhone 11 priced at $699, $50 lower than the debut price of its predecessor, the iPhone XR.

"The starting price of $699 is a factor in bringing more people into the market and giving people just another reason to upgrade," Cook told Reuters. "In China specifically ... we picked locally relevant price points that were more similar to the price points that had great success with earlier."

Apple's revenue is increasingly coming from accessories such as the Apple Watch and AirPods as well as new services such as its Apple Card credit card and a streaming television service set to begin on Friday. Customers will be able to buy iPhones using the Apple Card with no interest for 24 months, Cook said on the conference call.

Apple said its services and accessories segments generated $12.51 billion and $6.52 billion in fourth-quarter revenue, respectively, topping analyst estimates of $12.15 billion and $6 billion, according to Refinitiv data.

Apple now has 450 million subscribers to its own or third-party services on its devices, and sales of wearables were up 54% versus the previous year.

"It was an incredible quarter for wearables," Cook said. "It was a very broad range of services that set new all-time records, from our payment services to the search ad business to Apple Music, Apple Care, the App Store and cloud services - almost every kind of service we're in."

"The China growth being down only 2% in this environment is a win," said John Ham of Apple investor New England Investment and Retirement Group. "The Chinese consumer isn't punishing Apple as the American face of the trade war."

Apple's Cook said that iPhone sales in China ticked up toward the end of the quarter, which includes several days of sales of the new iPhone 11 models. Cook also said the company saw double-digit services revenue growth in China and wearables revenue in China grew at a higher rate than the companywide figure.

"IPhone had a remarkable comeback from the way we performed earlier in the year," Cook said.

Apple's holiday-quarter forecast comes amid a trade conflict between the United States and China, where Apple assembles most of its products and where many of its suppliers are located. Tariffs on imports that would include Apple accessories took effect in September.

Tariffs might hit more categories of goods including Apple's iPhone on Dec. 15, though U.S. and Chinese negotiators were working on a deal.

Apple said its revenue for the fiscal fourth quarter was $64.04 billion, compared with analyst expectations of $62.99 billion, according to Refinitiv data. Earnings per share were $3.03 versus expectations of $2.84. On an absolute basis, earnings dropped from $14.13 billion to $13.69 billion, with the per-share results driven by a smaller base of outstanding shares due to repurchases.