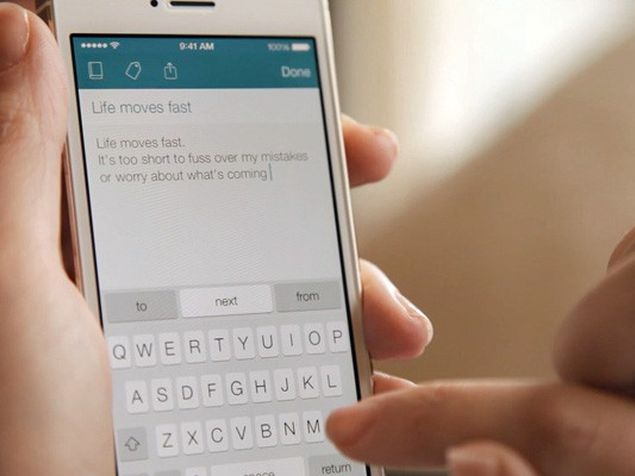 Apple is expanding into home and health management as the company tries to turn its iPhones, iPads and Mac computers into an interchangeable network of devices that serve as a hub of people's increasingly digital lives.

The new tools for tracking health and controlling household appliances are part of updated operating systems that Apple unveiled Monday in San Francisco at its 25th annual conference for application developers.

The revised software for Apple Inc.'s devices won't be released to the general public until this fall when the company is also expected to start selling the next generation of iPhones and iPads. A spruced-up line of Macs also could be coming before the holiday shopping season.

The lack of a flashy new gadget may disappoint some Apple fans who are still looking for proof that the company hasn't lost its ingenuity since Steve Jobs died in October 2011. Since then, Apple has mostly been making incremental improvements to the devices and software hatched under Jobs' leadership.

While those updates have been enough to maintain Apple's status as the world's most valuable company, they haven't quieted persisting questions about the company's future prospects amid intensifying competition from other device makers.

Apple CEO Tim Cook, Job's hand-picked successor, turned Monday's spotlight over to one of his chief lieutenants - Craig Federighi - to discuss the company's upcoming software changes. The new versions, which will be free, are called iOS 8 for mobile devices and "Yosemite" for Macs.

The iOS 8 operating system includes "HealthKit" and "HomeKit" options that may test how just how much Apple customers trust the Cupertino, California, company to maintain their privacy.

HealthKit works with a new built-in app on the iOS 8 that will store a variety of information about people's medical histories, vital signs, fitness levels and diet. Other third-party apps will be able to access the data with a user's permission.

HomeKit is aiming to set up a system that lets an iPhone or iPad serve as the remote control of an entire household outfitted with an assortment of digital appliances.

Apple hasn't given any indication that it plans to make these "smart" household appliances, although there is recurring speculation that the company eventually will release a TV set that gives its services access to the biggest screen in most people's homes.

For now, Apple appears content serving as a sort of digital butler in homes. In a hypothetical example sketched out Monday, Federighi said a homeowner with an iOS 8 device might be able to announce "it's time to go to bed," at which point doors would automatically lock, lights would dim and the thermostat temperature would be adjusted by Apple's digital assistant, Siri.

The move into health and home coincides with Apple's bid to make its services more accessible in cars. That system, called CarPlay (Review), will be available later this year.

Some analysts suspect Apple might get into finances later this year with a digital payment service.

Another new feature included in iOS 8 is designed to make it easier to type on the smaller screens of mobile devices. Called "QuickType," the tool will learn a user's language patterns and suggest ways to finish sentences. For example, if you start typing, "Do you want to go to," the phone will suggest "dinner" or "movie" as the next word. Currently, the suggestions are limited to spelling corrections.

Devices running on Google's Android software, a more widely used system than the iOS, already attempts to fill in the blanks as people type.

Apple's messaging app also is adding an option that will let users record and send audio and video to recipients instead of typing out a note. This feature copies other messaging services such as WhatsApp and Snapchat.

Although HomeKit and HealthKit are tailored for iPhones and iPads, they eventually may work on Macs too.

That's because Apple is reprogramming its operating systems so it's easier for users to hopscotch from an iPhone to an iPad to a Mac and keep working on a document or Web page opened on another Apple device. Some of this interplay is accomplished through Apple's online storage service, iCloud, and a new "handoff" tool that ties the devices together. An iPhone located near a Mac will even automatically set up a wireless connection for the computer when it doesn't have one.

Apple also is trying to improve the quality of graphics on its mobile devices with a new iOS 8 feature called "Metal" that creates a more efficient way for game makers to tap into the 3-D capabilities of the processor on iPhones and iPads. The company also is introducing a new programming language called "Swift" in an attempt to help developers create applications more quickly.

The new programming language drew the loudest applause from the roughly 6,000 attending Monday's event, reflecting the geeky nature of the crowd.