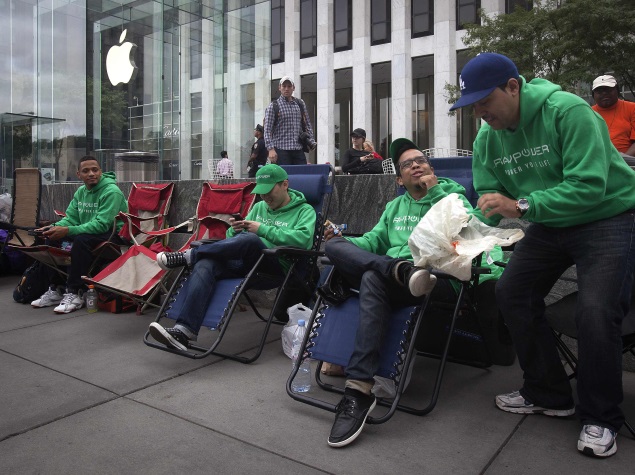 Technology giant Apple has announced a modification in its new iOS 8 operating system for mobile phones which prevents the company from accessing the devices without the owner's consent or passcode, a measure to hinder police snooping.

Apple said in a statement released Wednesday said that unlike its competitors, it is no longer able to access user devices without the passcode (or password), something that was possible so far. Apple has modified its encryption system so as to prevent itself from accessing the devices and user accounts, and this gets applied automatically once the user has set the password. Notably, information stored on Apple servers, and not on the iOS 8 devices, can still be accessed by the company.

"On devices running iOS 8, your personal data such as photos, messages (including attachments), email, contacts, call history, iTunes content, notes, and reminders is placed under the protection of your passcode. Unlike our competitors, Apple cannot bypass your passcode and therefore cannot access this data. So it's not technically feasible for us to respond to government warrants for the extraction of this data from devices in their possession running iOS 8," read the statement.

The security improvement protects information which can be stored in devices or Apple users' accounts such as photographs, emails, contacts, calls, messages, handwritten notes or multimedia content. The measure is in response to accusations that the company cooperated with other technology companies and the US National Security Agency when they asked Apple for user details.

In an effort to distance itself from the accusations of collaborating with the US government, Apple said Wednesday that it had provided federal authorities with data of 'less than 0.00385 percent' of the device users.

It elaborated, "Government information requests are a consequence of doing business in the digital age. We believe in being as transparent as the law allows about what information is requested from us. In addition, Apple has never worked with any government agency from any country to create a 'back door' in any of our products or services. We have also never allowed any government access to our servers. And we never will."

Tim Cook to Google Users: 'You're Not the Customer. You're the Product.'
Messaging App Haptik Raises $1 Million in Funding