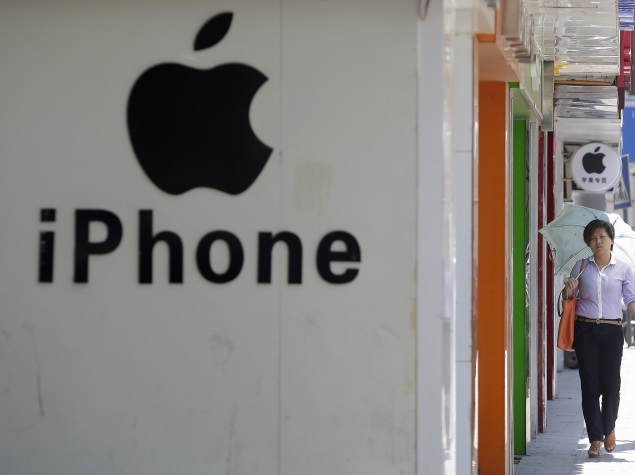 US technology giant Apple is fighting Chinese claims that the iPhone threatens national security through its ability to track and time-stamp a user's location.

The frequent locations function, which can be switched on or off by users, is available on iOS 7, the operating system used by the current generation of iPhones released in September 2013.

"We appreciate CCTV's effort to help educate customers on a topic we think is very important," Apple said Saturday in a statement in Chinese and in English on its China website.

"We want to make sure all of our customers in China are clear about what we do and we don't do when it comes to privacy and your personal data."

Ma Ding, director of the Institute for Security of the Internet at People's Public Security University in Beijing, told Chinese state broadcaster CCTV on Friday that the frequent locations function could be used to gather "extremely sensitive data," and even state secrets.

But Apple strongly denied the claim.

"As we have stated before, Apple has never worked with any government agency from any country to create a backdoor in any of our products or services," it said.

"We have also never allowed access to our servers. And we never will. It's something we feel very strongly about."

Apple stressed that its phones used GPS geolocation services for practical purposes, such as helping a user find the closest restaurant, check the weather forecast or calculate travel time to work.

"It's important to point out that during this collection process, an Apple device does not transmit any data that is uniquely associated with the device or the customer," the California-based company said.

Ma gave the example of a journalist being tracked by the software as a demonstration of her fears over privacy.

The dispute is not the first time Apple has been embroiled in controversy in China, where its products are growing in popularity in a marketplace dominated by smartphones running Google's Android operating system.

Apple lost a lawsuit against a Chinese state regulator over patent rights to voice recognition software such as the iPhone's "Siri" just this week.

In March 2013, it was notably the target of criticism orchestrated by the Chinese media on behalf of consumers, who were critical of poor after-sales service.

And in 2012, the US firm paid $60 million to settle a dispute with another Chinese firm over the iPad trademark.

The privacy scare also reflects mutual distrust between the US and China after a series of allegations from both sides on cyber-espionage.