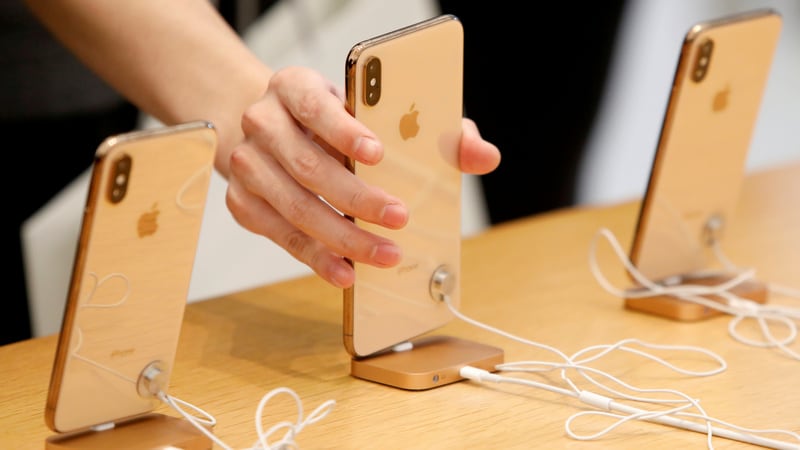 Apple held talks with Samsung Electronics Co, and MediaTek along with existing vendor Intel Corp to supply 5G modem chips for 2019 iPhones, according to an Apple executive's testimony at a trial between Qualcomm and the US Federal Trade Commission on Friday.

Between 2011 and 2016, Apple relied on San Diego-based Qualcomm as the sole supplier of such chips, which help iPhones connect to wireless networks. Starting in 2016, Apple split the business between Intel and Qualcomm, but in 2018, Apple moved solely to Intel for its newest phones.

But Apple supply chain executive Tony Blevins testified on Friday that Apple has also considered MediaTek and Samsung, one of its largest rivals in the smartphone market, to supply the chips for the next generation of wireless networks known as 5G. Those networks are expected to start rolling out this year and provide faster data speeds than current 4G networks.

The FTC is suing Qualcomm alleging the chip supplier engaged in anticompetitive patent licensing practices to preserve a dominant position in the premium modem chip market.

On the stand at a federal courthouse in San Jose, California, Blevins testified that Apple has long sought multiple suppliers for modem chips but signed an agreement with Qualcomm to exclusively supply the chips because the chip supplier offered deep rebates on patent license costs in exchange for exclusivity.

In 2013, Apple broke off work with Intel to start supplying modems for the iPad Mini 2 because Apple would lose its rebates by using Intel's chips, rendering Intel's products "economically unattractive" overall.

Later that year after cost negotiations with Qualcomm did not go as Apple hoped, Apple kicked off "Project Antique" to secure a second modem supplier, Blevins testified.

By 2016 and 2017, Apple introduced Intel's modems in some of its iPhones but also still used Qualcomm chips. But Apple's lawsuit against Qualcomm filed in early 2017 caused their business relationship to change "in a very profound and negative manner," leading to using only Intel's modems for the phones released last year.

"The entire concept of Project Antique was to find a second supplier. No offence to (Intel) but we don't want to be single supplier with them. We wanted both Qualcomm and (Intel) in the mix," Blevins said. Blevins also testified Apple considered making Intel the sole supplier of modems for the Apple Watch, which added 4G connectivity in 2017 using Qualcomm chips.

Blevins said that talking with Samsung, whose Galaxy and Note devices compete against the iPhone, is "not an ideal environment" for Apple, but that Samsung is currently the largest component supplier to Apple.

Blevins did not say whether Apple had reached a decision on a 5G modem supplier or whether it would release a 5G iPhone in 2019. Citing sources, Bloomberg previously reported that Apple would not release such a phone until 2020.