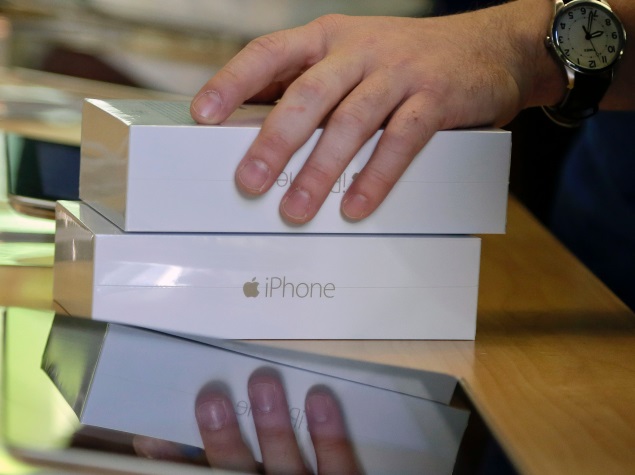 Apple on Tuesday announced record iPhone sales (74.5 million units) in its quarterly results, and also posted the largest quarterly profit ($18 billion) in corporate history. One of the biggest takeaways from Tuesday's earnings call was Apple's stellar performance in China, Brazil, and Singapore, where sales doubled year-on-year. Additionally, a research firm validating Apple's quarterly results suggests that the has taken the top spot in China in terms of smartphones shipped in Q4.

Luca Maestri, Apple's Senior Vice President and Chief Financial Officer, during the earnings call revealed that the company's performance was impressive in China where the company saw a rise in revenue of 70 percent. Maestri also added that the company's revenue from developed countries was up by 20 percent, and from emerging countries up by 58 percent.

Maestri said (via Seeking Alpha), "Sales doubled year-over-year in China, our second largest iPhone market, as well as in Brazil and in Singapore." He claimed that both the online and offline stores contributed to the company's record revenue.

Apple CEO Tim Cook on online sales in China claimed that the company saw a rise in online reach of its products as it expanded to over 350 cities now. "In fact our online revenues in China last quarter were more than the sum of the previous five years," he added.

"The local competition was obviously there this quarter and has been there for many quarters before. And so the local competition is not new. I think we did really well there. I'm very proud of how we're doing. I was there right after the launch in October. And the excitement around the iPhone 6, iPhone 6 Plus were absolutely phenomenal. And you can see that in the results with Mainland China being up 100% year-on-year, despite not having a full quarter of sales since we launched in the second half of October," Cook said on Apple's performance in China.

Canalys, a market research firm, on the other hand claims that Apple in Q4 became the top smartphone vendor in China in terms of units shipped, followed by Xiaomi, Samsung and Huawei. "The incredible popularity of the iPhone 6 and 6 Plus in China in Q4 2014 has led Apple to take first place in the Chinese smart phone market for the first time by units shipped," it adds.

The research firm added, "While Chinese smart phone vendors are quickly gaining ground internationally, Apple has turned the tables on them in their home market. The company is finally riding the large screen and LTE trends in China, which have been vital to its success, along with a well-timed launch and a clampdown on grey exports of its products out of Hong Kong."

Speaking to Reuters, Nicole Peng, research director for Canalys in China, said, "People had been waiting for large-screen iPhones for a long time. The demand had piled up and Apple hadn't been able to meet it." The record quarter by Apple, certainly helped by its China performance, may be hard for the company to repeat, with the combination of the new form factor and the tie-up with China Mobile in late 2013 something that cannot easily be replicated.