Apple has been granted a new stylus patent by U.S. Patent and Trademark Office (USPTO) on Tuesday.

The awarded U.S. Patent No. 8,922,530 (via Apple Insider) describes a 'communicating stylus' that can write on variety of surfaces, including paper, whiteboards, capacitive touchscreens and more, courtesy its interchangeable nibs.

The patent for the Apple 'communicating stylus' also describes the ability to capture handwriting of the user very precisely, because of its onboard 3D motion sensors which can detect the movement in the air, on tablet or at a wall.

Apart from 3D motion sensors, the Apple stylus uses wireless communication hardware and onboard storage to transfer handwritten notes and drawings onto the display of a digital device. 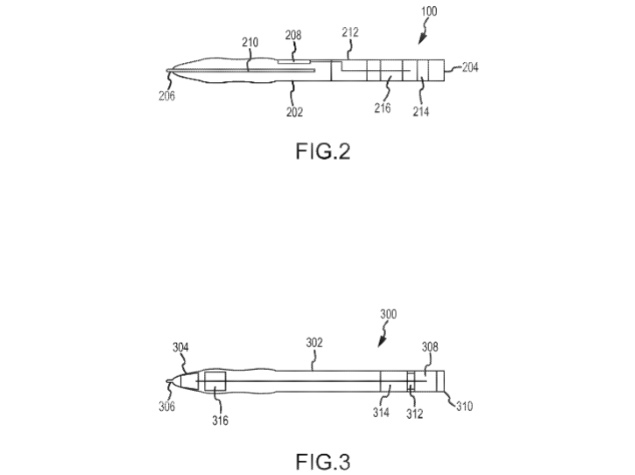 Notably, the Apple's stylus patent was filed in January 2010. Now, that it has been granted by the USPTO five years later, the rumours of an upcoming 12-inch iPad with a stylus will certainly takeover.
Comments