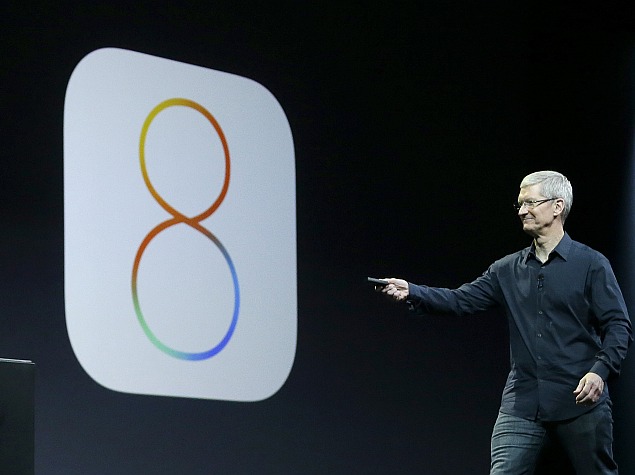 Apple's Mac operating system is getting a new design and better ways to exchange files, while new features in the software for iPhones and iPads include one for keeping tabs on your health.

Apple executive Craig Federighi pointed out that data from various fitness-related devices now live in silos, so you can't get a comprehensive picture of your health. That will change, he says, with HealthKit coming to the new mobile software, iOS 8. Apple is also working with the Mayo Clinic to make sure your weight, calorie intake and other health metrics are within healthy ranges.

Apple is also making it easier for various devices to work together. You can share songs, movies and books you purchase with your entire family. Macs and mobile gadgets will share more features, and you can share and sync files between the two more easily.

The company is previewing the new features at its 25th annual conference for software developers in San Francisco. The free updates will come this fall, though developers get a test version Monday.

Here are the highlights on what's been announced and what's coming:

Changes to Mac computers:
- The next Mac system will be named Yosemite, after the national park, now that Apple is naming it after California locales rather than cats.

- You'll be able to search for content on the computer and on the Internet at once, similar to a feature available with Microsoft's Windows 8.

- Apple is expanding its iCloud storage service so that you can store and sync files of any type, not just the ones designed specifically for iCloud. It's similar to how services such as Dropbox let you work with the same files on multiple devices more easily.

- A Mail Drop feature will make it easier to send large files. Instead of pushing the entire file by email and overloading mail servers, the Mac will create a link that the recipient can click for the full file. 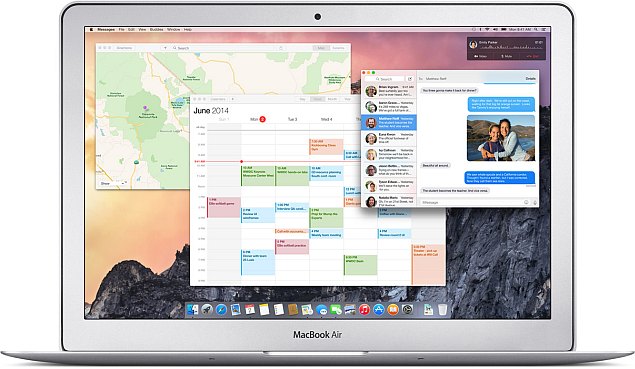 Changes to iPhones and iPads:
- Like the new Mac OS, the iOS 8 system will have a universal search tool, to cover both your device and the Internet. It will also get the iCloud Drive service.

- The new software will sport interactive notifications, so you can respond to a message without having to leave another app. It will have new gestures, such as double tapping to see a list of frequent contacts.

- A "quick type" feature promises predictive typing suggestions. For example, if you start typing, "Do you want to go to," the phone will suggest "dinner" or "movie" as the next word. Currently, the suggestions are limited to spelling corrections.

- Apple announced new technology for controlling garage doors, thermostats and other home systems, although the company didn't say how all the pieces will be linked together through what it calls HomeKit.

- For developers, Apple announced the ability to sell app bundles at discounted prices. The fingerprint security system on the iPhone 5s also will be accessible to apps written by outside parties, not just Apple functions such as unlocking the phone.

Working together:
- Although the Mac and iOS systems are separate, Apple CEO Tim Cook says the two have been engineered to work seamlessly together.

- Apple's AirDrop feature, which has let you share files with other devices of the same type, will now let iPhones and Macs share directly with each other.

- A new "handoff" feature will let you switch devices more easily, so you can start writing an email on a phone and finish on a Mac. And when a call comes in on your iPhone, you can get caller ID information on your Mac.

- The iMessage chat service will now let you communicate with devices that aren't running iOS, such as those running the rival Android system from Google.

Announced earlier:
- Last week, Apple announced a deal to pay $3 billion for Beats Electronics, a headphone and music streaming specialist. The deal brings rapper Dr. Dre and recording impresario Jimmy Iovine to undetermined roles at Apple. During a demo Monday, Federighi placed a call to Dr. Dre to welcome him to Apple.

Coming soon:
- Apple typically announces new iPhones in September and new iPads soon after that. Many analysts also believe the company will release an Internet-connected watch as part of Apple's expansion into wearable technology.

Silent:
- Despite speculation, Apple didn't say anything about a long-awaited digital wallet that enables Apple to process payments on iPhones and iPads.

- Apple didn't provide an update on CarPlay, its project for embedding automobiles with some of the iPhone's main applications. But Apple did say it'll be possible to tap the Siri virtual assistant without pressing a button. Cars with built-in CarPlay services and radios that are compatible with CarPlay are both expected this year.