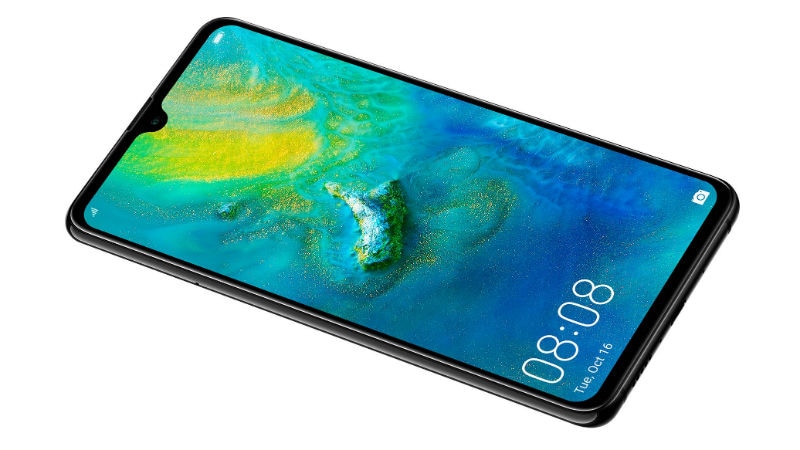 Huawei Mate 20 lineup, including the Mate 20, Mate 20 Pro, and Mate 20 X, has topped the AnTuTu rankings

AnTuTu, regarded as one of the popular benchmarking apps for Android phones, has released the top ten smartphones who have the highest average score in the month of October. Smartphone benchmarks provide a general idea of how a handset performs during tough conditions, such as gaming or multitasking. All the smartphones in the AnTuTu benchmark list are flagship handsets that are powered by top-of-the-line processors. While the website has been releasing monthly lists for a while now, the October 2018 ranking sees a new winner at the top.

As per the list of top ten performing Android smartphones for October 2018, shared by AnTuTu on Weibo, the top three positions have been captured by the HiSilicon Kirin 980 SoC-powered Huawei Mate 20, Mate 20 Pro, and Mate 20 X. It is interesting to see that no smartphone running on Qualcomm's Snapdragon 845 SoC did not figure in the top three. According to the image shared by AnTuTu, the Huawei Mate 20 managed an average score of 311,840, the Mate 20 Pro received a score of 307,693, and the Mate 20 X scored 303,112. To be noted of course, is that the Kirin 980 SoC is based on the 7nm fabrication process, while the Snapdragon 845 is based on the 10nm process.

At the fourth and fifth spot is the recently launched Black Shark Helo and its previous variant Black Shark. They managed average benchmark scores of 301,757 and 293,544, respectively. This could be because the processor on these phones is overclocked for intense gaming sessions. Next up, is the Meizu 16 smartphone that was launched back in August. It recorded a score of 293,554.

OnePlus 6, the previous variant of the recently launched OnePlus 6T, is positioned at the seventh spot. The smartphone with Snapdragon 845 SoC received an average benchmark score of 292,371. Notably, since the OnePlus 6T has just been launched, the smartphone has not been added in the list - though we shouldn't expect any real improvements in performance as most of the internals are the same.

Further, the eighth, ninth, and tenth spots were taken by Asus ROG Phone, Smartisan R1, and Nubia Z18, which managed scored of 291,701, 291,102, and 290,332 respectively. It is interesting to see that flagships from Samsung and Google have not made it to the list.

Smartphones such as the Xiaomi Mi Mix 3 and Honor Magic 2 have just been launched, and understandably did not make it to the list. However, the November data will ascertain how the smartphones, including the OnePlus 6T fares against the Huawei Mate 20-Series and others. However, as of now, it is clear from AnTuTu's listing that Huawei's Kirin 980 SoC has outperformed the Qualcomm Snapdragon 845 SoC.