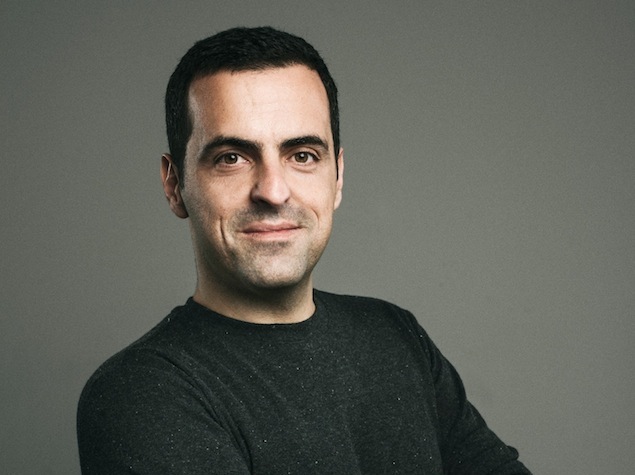 Hugo Barra, the Vice President of Product Management for Android at Google, has announced his decision to quit the company.

Barra made the announcement via his Google+ page with a post titled A new Android chapter. He also revealed that he will be joining Xiaomi, the smartphone manufacturer that's often called China's Apple, as Vice President for Xiaomi Global.

After nearly five-and-a-half years at Google and almost three years as a member of the Android team - the most amazing group of people I've ever worked with in my life - I have decided to start a new career chapter.

In a few weeks, I'll be joining the Xiaomi team in China to help them expand their incredible product portfolio and business globally - as Vice President, Xiaomi Global. I'm really looking forward to this new challenge, and am particularly excited about the opportunity to continue to help drive the Android ecosystem.

It has been an amazing ride and true honor to be part of the Android team at Google, and I especially want to thank Andy Rubin, Hiroshi Lockheimer, Sundar Pichai and Vic Gundotra for their phenomenal support and mentorship over the years.

Android team, I will truly miss you all!

China's Xiaomi is a relative new entrant in the world of smartphones but has managed to carve a niche for itself in its homeland. Xiaomi sells most of its phones online and in small batches, a strategy that creates pent-up demand and gives Xiaomi free marketing buzz. Its flagship smartphone, the Mi 2S, was the most popular phone in China during the first half of the year, according to a popular benchmark service.

The company says it values customer satisfaction over market-share, and its CEO has often been compared with Steve Jobs - he even prefers to dress like the late Apple co-founder - in addition to the company itself being called China's Apple.

(Also see: Why Xiaomi CEO doesn't like the Apple comparison)

In terms of hardware, Xiaomi's phones sport specifications similar to flagship devices from Samsung and Apple, but are available at half the price. These smartphones run a highly customised version of Android.

Having someone like Barra on board will definitely help the company as it looks to expand its horizons beyond China's mobile market.

Hugo Barra is the second high-profile executive to leave the Android team this year, after Andy Rubin stepped down as the executive in charge of Android development, ending a seven-year reign that reshaped the mobile industry.

Sundar Pichai, who took over the Android reigns from Rubin, congratulated Barra on the move, saying, "Congratulations to Hugo on his exciting new adventure. We'll miss him at Google but we're thrilled that he's sticking with Android. Best wishes Hugo!"