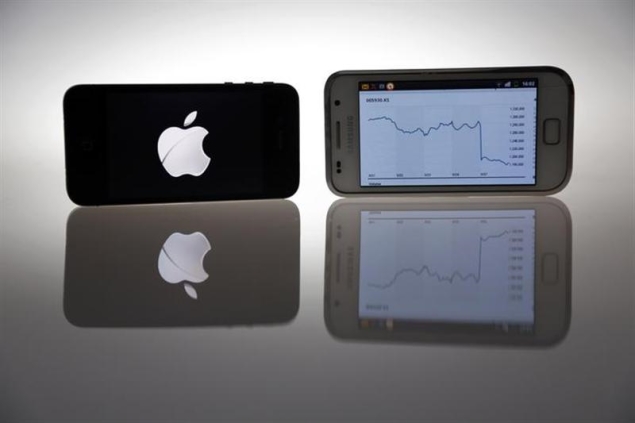 Apple has regained ground in the US smartphone market with its latest iPhone release, a survey showed Tuesday.

The California giant captured 41.8 percent of smartphone sales in the final three months of 2013, up from 40.6 percent in the three months to September, the comScore survey showed.

The gains came following the September release of the iPhone 5s and 5c models in the United States and other world markets.

Apple remained ahead of Samsung in the US market, but the South Korean electronics giant also increased its share to 26.1 percent from 24.9 percent in the prior three months, comScore said.

Motorola, the Google-owned maker which is being sold to China's Lenovo under a deal announced last week, had a 6.7 percent market share, compared to 6.8 percent in the previous three-month period, the survey showed.

Even though the iPhone was popular among Americans, the Android platform still held a majority with 51.5 percent of smartphone subscribers, according to the survey, a dip of 0.3 points.

Apple's iOS, which is only used on iPhones, was second with 41.8 percent.

The research firm said 156 million people in the US owned smartphones in December, for 65.2 percent of the mobile phone market.

A separte survey last week by Strategy Analytics indicated that the Google Android system was used on 78.9 percent of smartphones sold globally in 2013, while Apple's global market share slipped to 15.5 percent.
Comments