Android R or Android 11 should be announced at Google I/O in a few months. 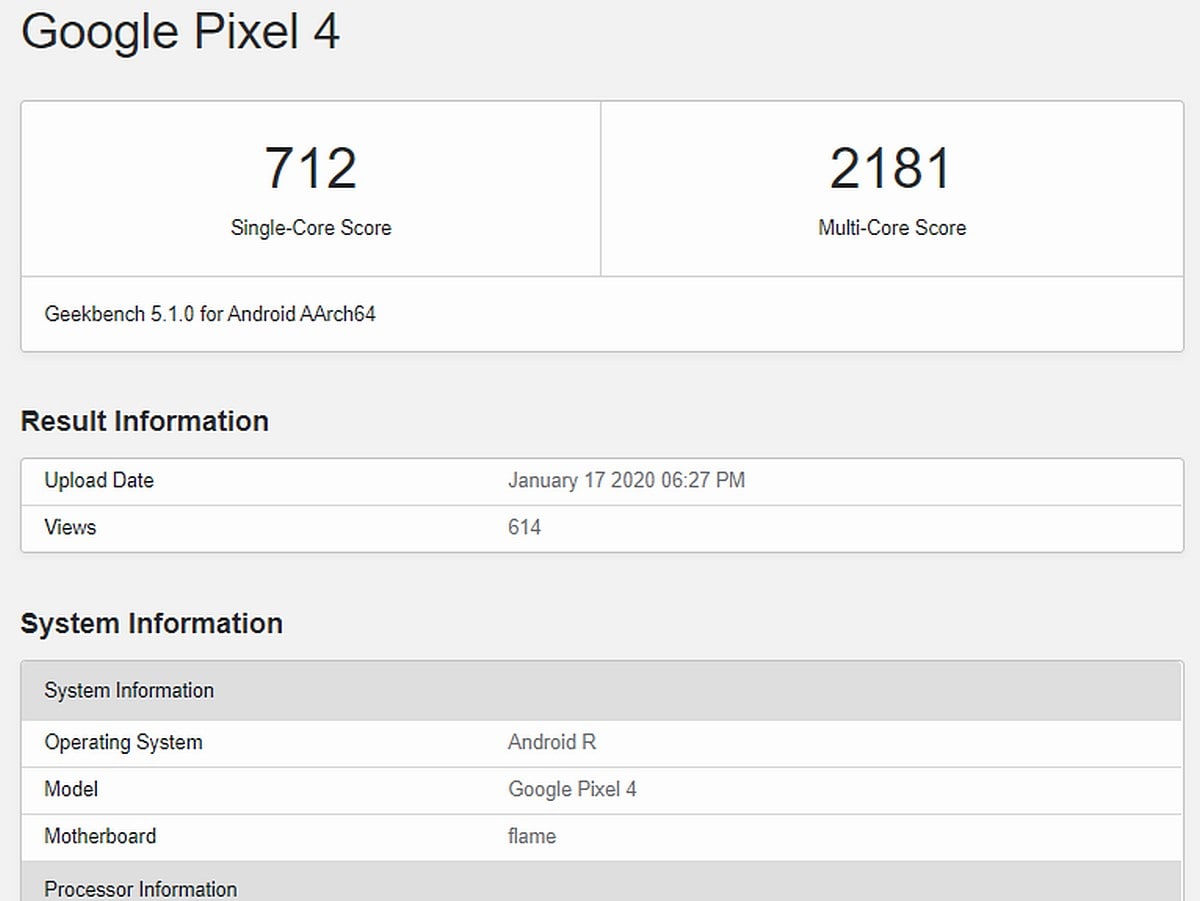 With the next edition of Android operating system (OS) reportedly around the corner, a benchmark test has been spotted on Geekbench which indicates that a Google Pixel 4 smartphone was running the upcoming Android R operating system, which can be expected to be called Android 11 upon launch, going by Google's new naming scheme.

Looking at the GeekBench listing itself, there sadly isn't any real additional info to extract.

The calculated benchmark scores are roughly in the right ballpark for the Google Pixel 4 and its Snapdragon 855 chipset. The 6GB RAM amount also checks out. And, that's about it. We just get the curious Android R string hanging out in the report document, GSMArena reported on Saturday.

Earlier, the tech giant had announced that it was dropping the customary desserts and alphabetic naming scheme for a more comprehensive numerical system.

It is pertinent to note that Android 10 was referred to as Android Q in the developer preview up until the introduction of the final build.

Thus, the Android R developer preview is most likely an early designation to Android 11 OS.