Android Oreo Is the Android O Release You've Been Waiting For 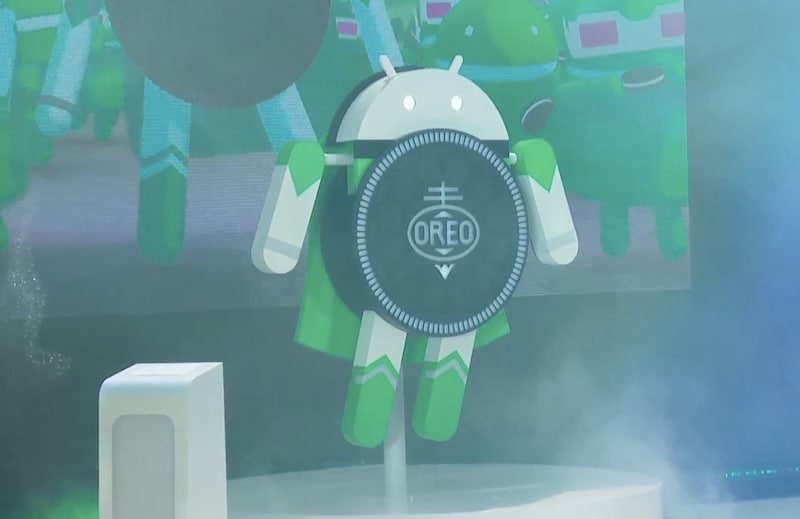 Android Oreo is the official name of the Android 8.0, in line with Google's tradition of naming its mobile operating systems after desserts. Google said it has released the AOSP code to its manufacturing partners, and will soon release the Android Oreo software update to the Google Pixel, Nexus 5X, and Nexus 6P smartphones as well as the Pixel C and Nexus Player devices. Android Oreo brings several interesting features including picture-in-picture mode, which will enable users to watch a video in a resizable and movable small window atop of any other app. Imagine watching a video while texting your friends. Google is also making it possible for users to create customisable channel for each type of notification, through a feature called "notification channel."

Additionally, notification badges are coming to apps, allowing users to see the number of notification an app has cultivated — and need their attention — by just looking at an app's icon on the home screen. Moreover, another new feature called "snoozing" will enable people to snooze a notification to make them reappear at a later, more appropriate time.

The new update will also improve boot speed - the time it takes from switching on the phone to reaching the home screen, the company said, claiming it would be twice as fast on its own flagship smartphone, the Google Pixel. Google is also making it easier to login to different apps, extending the autofill feature currently available on website, to apps. The much-awaited Android instant apps, which can be accessed right from the browser without requiring installation, are also set to take off with Android Oreo.

As Google mentioned at the developer conference I/O earlier this year, where it first unveiled Android O, much focus with Android O aka Android Oreo release is to improve the user experience on the phone. One way the company is doing so is by improving the battery life, it had noted. To ensure Android Oreo is more stable, Google also released the first beta version of it earlier this year, buying a longer duration to iron out the rough surface of the operating system that if left unattended hinder with the performance and user experience.

Perhaps coincidental, the timing of Android O's christening is in line with solar eclipse, which people in the United States are witnessing today. It's almost poetic. Much like those few people who are in a geography who could witness the solar eclipse first hand, only a few customers would get their hands on Android Oreo in the next one year. Rest of us, would only get to hear about it.

Nearly one year after its release, Android Nougat, the current version is only running on 13.5 percent of Android devices, which includes smartphones, tablets, streaming devices, and some smart TVs among others, according to the most updated information provided by Google on its dashboard.

It's not necessarily Google's fault, however. The OEM partners such as Samsung, LG, Lenovo, HTC, and Xiaomi often take months before pushing new software updates to their respective smartphones. It's a long process, but much to Google's credit, things are quickly improving.

In May, the company announced Project Treble, an initiative that makes it "easier for OEMs to deploy Android updates," a spokesperson told Gadgets 360 earlier this month. The company has found a way to cut short the time period it takes its new updates to reach people's smartphones by remodelling how and when carriers, silicon manufacturing partners, device makers intervene in the process.