Android One Initiative Reaches Pakistan With QMobile A1 Smartphone 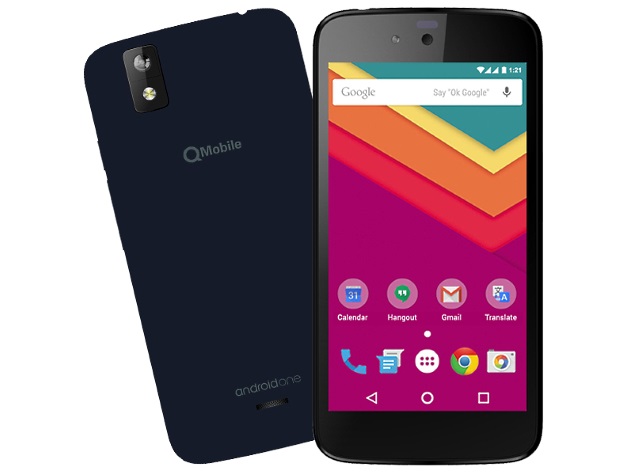 Google's Android One initiative has been launched in Pakistan on Monday. With the launch in a new Asian country, Pakistan has become the ninth country after India, Bangladesh, Myanmar, Nepal, Sri Lanka, Indonesia, Philippines, Sri Lanka, and Turkey (first country outside Asia) where Google's low-cost Android One smartphones will be sold.

Google has announced QMobile as its OEM partner for the Pakistan market. The new Android One phone - the QMobile A1 - will be available starting Monday via retail stores across Pakistan and is priced at PKR 11,500 (approximately Rs. 7,000).

Google has confirmed that the QMobile A1 smartphone will run Android 5.1.1 Lollipop out-of-the-box. As for specifications, the smartphone will come with identical specifications as the Karbonn Sparkle V, Micromax Canvas A1, and Spice Dream Uno. It will feature a 4.5-inch FWVGA (480x854 pixels) display; 1.3GHz quad-core processor; 1GB of RAM; 8GB of built-in storage; expandable storage via microSD card (up to 32GB); Dual SIM (Micro-SIM cards) support; 5-megapixel rear camera; 2-megapixel front camera, and 1700mAh battery. It measures 132x67.9x9.15mm.