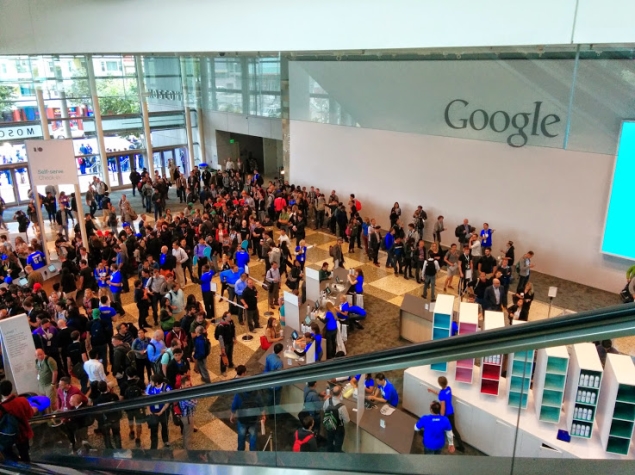 After releasing the Android L developer preview images for some Nexus devices, Google has now posted the source code on the AOSP (Android Open Source Project) for an even wider range of devices.

9to5Google points out that the source code does miss out few things such as binary packages and kernel source.

Google, at its I/O 2014 Keynote, announced the "L" release of Android and called it the most ambitious Android release yet. Currently known only as Android L, there's no codename or even a formal version number yet. Android L is expected to release later this year, though an exact date isn't known.

With Android L, Google has refreshed the interface design of the entire operating system. The company identifies it as the new "Material Design" which is bolder, more colourful, and more animated. Various changes to UI include a new dialler, refreshed Android navigation buttons, redesigned transition animation and more. Overall, the design theme focuses on elevation values of UI elements within apps.

The default Chrome browser has been upgraded on Android L as well and the Google search results can now be links that trigger an app, rather than links to websites. Google has notably ditched the Dalvik runtime in Android L and has introduced ART for 64-bit, which allows apps to run faster, and is compatible with ARM, x86 and MIPS architectures.

Other than improved performance, Google is also aiming for a better battery life in Android smartphones with its Android L. The introduced Project Volta improves the "instrumentation" of battery data through a tool called "Battery Historian." Google has also added a "Battery Saver" mode in "L" which can be triggered manually or configured to be enabled automatically when the battery is low.

Earlier, HTC and Nvidia announced Android L updates for some of their devices as soon as Google makes it publicly available.

Any Draft Beer, on Tap, at Home
Nasa to Attempt Launch of Carbon Dioxide Tracking Satellite on Wednesday