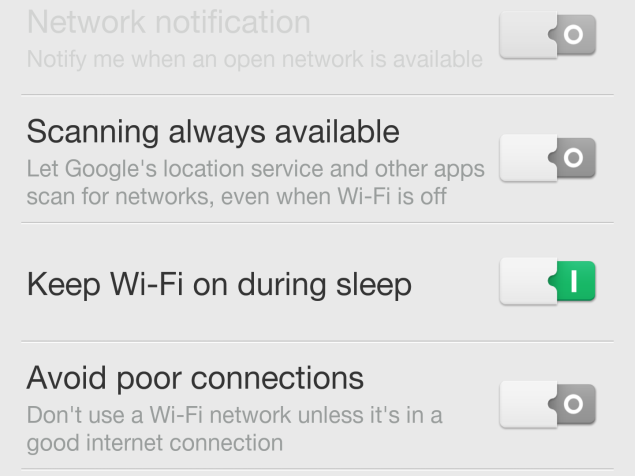 A new Electronic Frontier Foundation - a donor-supported membership organisation that claims to defend your rights in this digital world - report states that Android phones and tablets running Android 3.1 (Honeycomb) or later, when connected to Wi-Fi on Preferred Network Offload (PNO) mode, transmit their recent Wi-Fi network information to other devices on the network.

In PNO mode, a device can access Wi-Fi networks even when the display is off. The EFF says that anyone who wants to track the location of these Android 3.1 or higher devices can find it by checking the real language names of the Wi-Fi. For example, if someone was to access the Wi-Fi network at a Starbucks, and if the establishment's Wi-Fi name was 'Starbucks', then in that case miscreants would be able to find that information. In fact, if someone has been travelling and accessing Wi-Fi connections at multiple locations then the entire travel itinerary would be available, which is not something most people would like. Essentially, it gives easy access to stalkers.

Google responded to the EFF report with a brief statement.

We take the security of our users' location data very seriously and we're always happy to be made aware of potential issues ahead of time. Since changes to this behavior would potentially affect user connectivity to hidden access points, we are still investigating what changes are appropriate for a future release.

In order to prevent the Wi-Fi network information leaks from occurring, EFF also suggests workarounds. It states that one needs to go into the Android phone's Advanced Wi-Fi settings and set the Keep Wi-Fi on during sleep option to Never. The Next Web observes that this might increase the data and power consumption of these devices because the PNO mode actually helps to extend battery life by giving Wi-Fi priority over cellular data, as the Wi-Fi connection uses less power than a cellular connection.

Uber Wins a Challenge by Cabdrivers in London
WD My Cloud Review: Versatile and User-Friendly