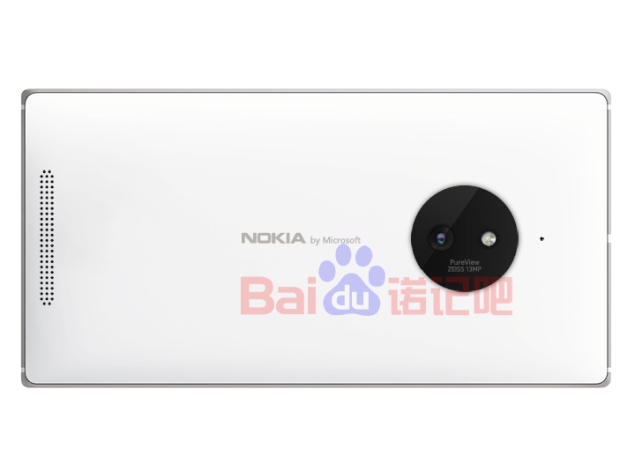 Microsoft might be planning a surprise for its fans by making an Android-powered Lumia smartphone flaunting the "Nokia by Microsoft" branding. A report also show the recently talked-about Lumia 830 to come with a 'Nokia by Microsoft' brandname.

While we have been hearing much the "Nokia by Microsoft" brand name since last month, this is the first time we have come across a new rumour indicating the Redmond-based firm to make a Lumia handset running its rival, Google's Android OS.

This news comes from the famous tipster @evleaks, who states "Big news: Android-powered Lumia incoming, from Nokia by Microsoft" on its website.

We don't know whether this too, like Nokia X (Review | Pictures) range of handsets, will be a new venture or a fully Android integrated device with a direct access to Google Play. Of course, the leaked information must be taken with a pinch of salt.

In related news, a report from Windows Blog Italia (via Slashgear) shows a rendered image of the recently leaked Nokia Lumia 830 smartphone with a 'Nokia by Microsoft' branded on its back panel.

However, since the branding was not seen on the leaked images, it is hard to be certain based on an unofficial rendered image until the final product arrives. The Nokia Lumia 830, which was spotted in leaked images recently, is rumoured to be a mid-range smartphone that might feature a 4.3-inch display and 13-megapixel PureView camera like the Nokia Lumia 1020 (Review | Pictures).

The rumour mills indicate that Microsoft might launch three new Windows Phone 8.1 devices this year, codenamed 'Superman', 'McLaren', and 'Rock'. Previously a report had claimed that the rumoured Microsoft Nokia Superman will come with a 4.7-inch display and can be expected to launch by the end of this year. The smartphone is said to be the company's first selfie-focused Windows Phone.