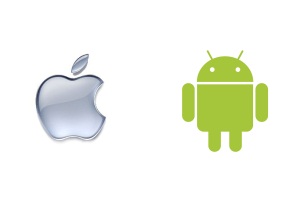 The Google Android platform extended its lead in the US smartphone market while Apple increased its market share to nearly a third in March through May, a survey showed Monday.

Android accounted for 50.9 percent of all smartphones used in the US during the three-month average period, according to the comScore survey.

Apple's iPhone scored 31.9 percent of the market, up from 30.2 percent in the prior three-month period.

The survey comes amid intense competition and legal fights over patents in the smartphone market.

A judge in California last week granted Apple's request for an injunction blocking US sales of Samsung Galaxy Nexus smartphones made in collaboration with Google to challenge the iPhone. Additional patent cases are pending in other courts.

ComScore said nearly 110 million people in the US owned smartphones during the three months ending in May, up five percent from February.

The survey showed continued bad news for Research in Motion's BlackBerry, which saw its platform share fall to 11.4 percent from 13.4 percent.

Microsoft's share edged up slightly to 4.0 percent from 3.9 percent.

Among all mobile phones, Korean-based Samsung remained the top maker with 25.7 percent of the US market. Second was fellow Korean LG with 19.1 percent, while Apple was third with 15 percent.

Android and iPhone smartphones accounted for slightly more than 90 percent of US smartphone sales in the fourth quarter of 2011, industry-tracker NPD Group reported earlier this year.

A recent survey by ABI Research found that Samsung and Apple have captured more than half the global market for smartphones and over 90 percent of its profits.

ABI said Samsung delivered 43 million units in the quarter, to 35 million for Apple.