Android and Chrome OS to Be Merged, but Continue to Exist Standalone: Reports 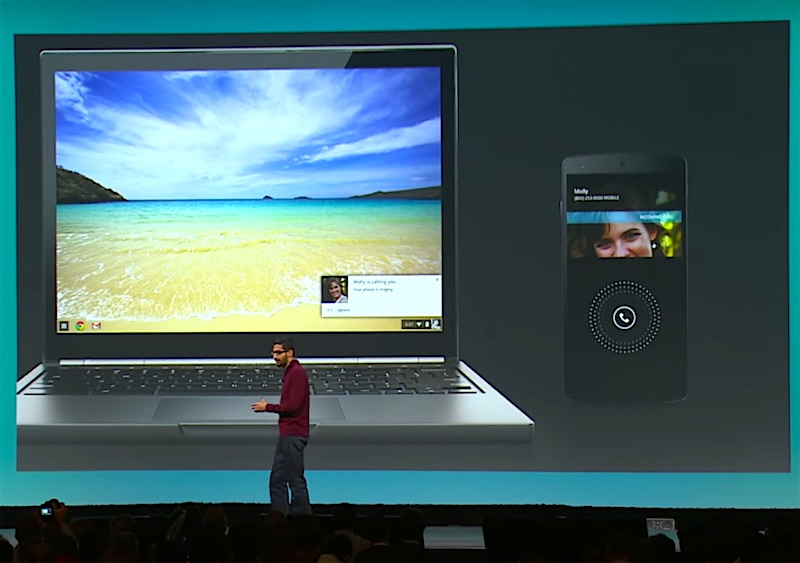 Google reportedly intends to merge two of its operating systems into one. The desktop operating system Chrome OS is going to be combined with mobile platform Android. The result of the merging, could be revealed next year, according to reports. However, both Chrome OS and Android will continue to exist as standalone operating systems.

Google engineers have reportedly been working on the new operating system for last two years, the Wall Street Journal claims. The move will allow the company to expand the reach of Android, the dominant software in the mobile market, a separate report on Re/code notes. The publication citing its sources claims that Google plans to offer its partner Chromebook OEMs a choice between Android and Chrome OS.

The move doesn't come as a surprise, however. At Google I/O 2014, the company had announced that it is bringing Android apps support to Chromebook notebooks. Earlier this year, it released a number of Android apps including Slideshare, and Yo that are compatible with Chrome OS.

Moving forward, this seems like a sensible thing to do. As has been pointed out on numerous Android tablets review, Android doesn't seem full-fledged for larger screen devices. Productivity apps such as Word, Drive just seem like as they have been blown up to fit on the large screen. The convergence of Chrome OS and Android could significantly bolster user experience on both Chromebook and larger tablets. Android will of course have to be modified to better support large displays, mouse pointing devices, and keyboards.

During Alphabet's earning all last week, Google CEO Sundar Pichai did point towards the company's focus on mobile, and said, "mobile as a computing paradigm is eventually going to blend with what we think of as desktop today."

"Mobile gives us unique opportunities in terms of better understanding users. My long-term view on this is it is as compelling or, in fact, even better than desktop, but it will take us time to get there and we are going to be focused until we get there," he added.