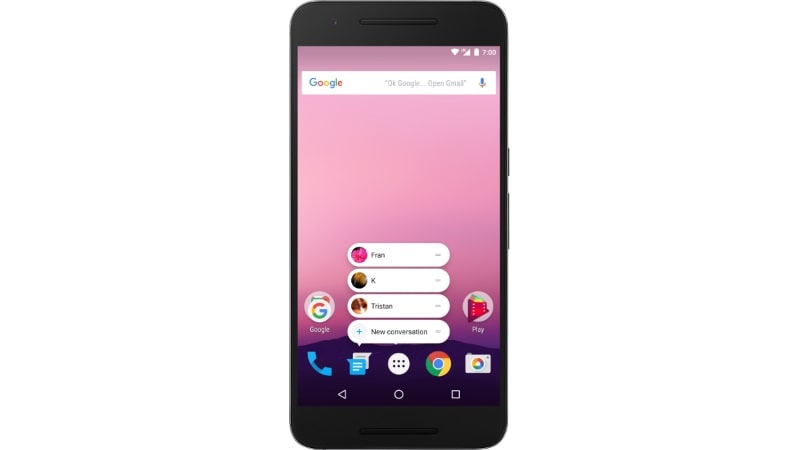 The first Android 7.1 Nougat Developer Preview has begun rolling out, which means Nexus 5X, Nexus 6P, and Pixel C owners can get a taste of what the latest version of Android will look like on non-Pixel smartphones. The developer preview brings certain improvements like support for Daydream View VR headset and image keyboard. However, while Google had indicated the Android 7.1 Nougat would bring the Night Light and fingerprint sensor gestures features seen on the new Pixel smartphones to non-Pixel, it seems that the two features will not be coming to the Nexus phones.

Ian Blake, a Google team member, confirmed in a Google+ post that the Nexus 5X and Nexus 6P will not get the Night Light and fingerprint sensor gestures from the Pixel phones. The omission is strange, considering that Google had clearly mentioned on day 1 that Android 7.1 Nougat will bring these features to non-Pixel smartphones, and were not part of the Pixel-exclusive features.

The company had further delineated the difference between the Pixel-exclusive and non-exclusive features of Android 7.1 Nougat in a complete changelog.

Just to refresh, the Night Light feature reduces the blue light on the display, making it easier on the users' eyes. The fingerprint sensor gestures lets you swipe down on the fingerprint sensor which will pull down the notification shade. Both the features were introduced for the Pixel and Pixel XL phones, but were not exclusive to the Pixel devices and were expected to arrive for the Nexus smartphones as well.

The new Android 7.1 developer preview does list the gestures options in the Nexus' settings menu, but the Nexus devices do not have the required hardware to allow for fingerprint swipe. Similarly, Night Light also requires a specific hardware to perform colour transforms on the display hardware, which the Nexus devices lack.

Non-exclusive features include Night Light, support for fingerprint gestures and other performance improvements.

Nexus owners might be a disappointed that they won't be getting the full list of new features with the Android 7.1. Currently, only the Google-made Pixel and Pixel XL devices come with all the newest features. The smartphones were unveiled on October 4 and are currently up for pre-orders in India on Flipkart.